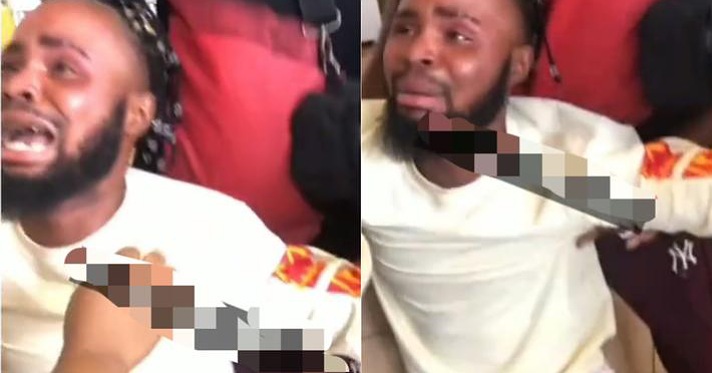 A heartbroken man was recently spotted crying uncontrollably after his girlfriend ended relationship with him.

Reports gathered that the incident took place at an eatery after the duo went out to chill together and have fun.

According to the heartbroken man, who poured out his heart following the break up, he had just bought a car for the lady who served him breakfast.

He was spotted crying bitterly as onlookers did their best to make him calm down and comport himself better since he was in a public place.

Eye witnesses were also heard telling him he would definitely meet another person as the man kept saying, “why me?” “I just buy motor for this girl”

“If you’re dating a man because he has money, it’s prostitution” – Rapper, Erigga