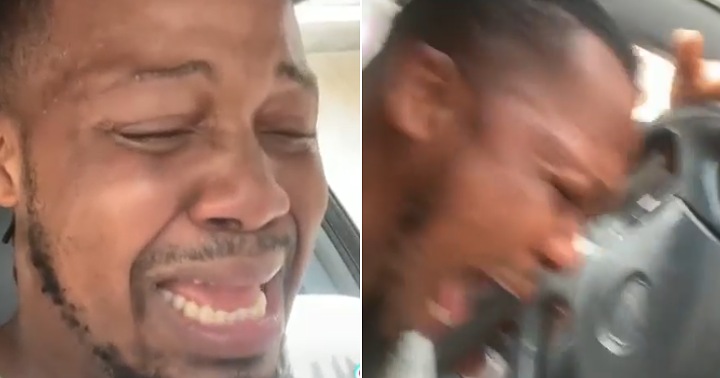 A young man was recently spotted crying in his vehicle as he shared his ordeal with his girlfriend who cheated on him on Valentine’s day.

According to his Tiktok video making rounds on the internet, he said he paid his girlfriend a surprise visit on Valentine’s day only to find her on the bed with another man.

He went further to state how he expected his girlfriend to atleast apologize for what happened but the reverse was the case. He also added that he was not going to love again.

“I was just outside and she sent me a message, she sent me a number and said, respect yourself and call that number, apologize to him and tell him you and I don’t have anything together. I will never love again, I no go love again”.

“Why did you hide your account balance?” – Gifty Powers throws subtle shade at Annie Idibia