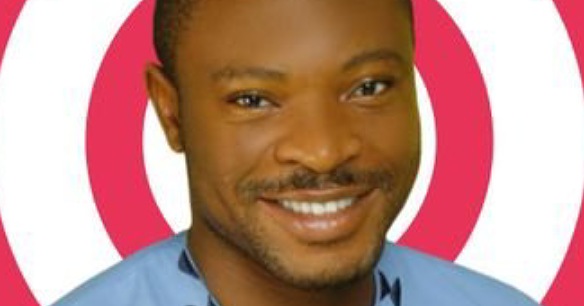 A Twitter user identified as Chinedu Ihekwoaba has taken to his Twitter handle to laud his landlord who asked his family to forfeit one year rent.

The man noted that they owed their landlord 2 years rent and his mother couldn’t pay because she was retrenched during the Obasanjo’s era.

Man who lives close to ‘ghost Amala joint’ in…

“we owed our landlord a 2- year rent. Mom was retrenched during OBJ era & gratuity delayed. Dat led to the accumulated debt.”

According to Ihekwoaba his mother finally struggled to pay off and his landlord, considering her children refunded his family one year rent.

“Mom struggled to pay it off & d man was mad at her. Why wud u pay it all? Wat any ur kids? Their well-being is more important dan my rent. He refunded 1 yr.”

The young man pray God blesses his landlord who was humane without considering religion and ethnic differences.

He also wrote “God bless you Alhaji Abiodun Olayinka. You proved that religion is nothing and ethnicity is rubbish. Only humanity should prevail.

Your prayers for your tenants have come to pass. We are house owners now. God bless your generation.” He said. 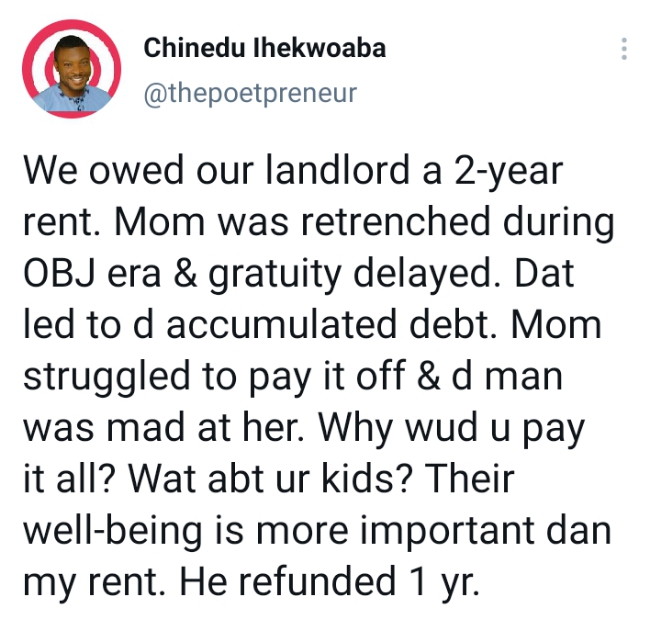 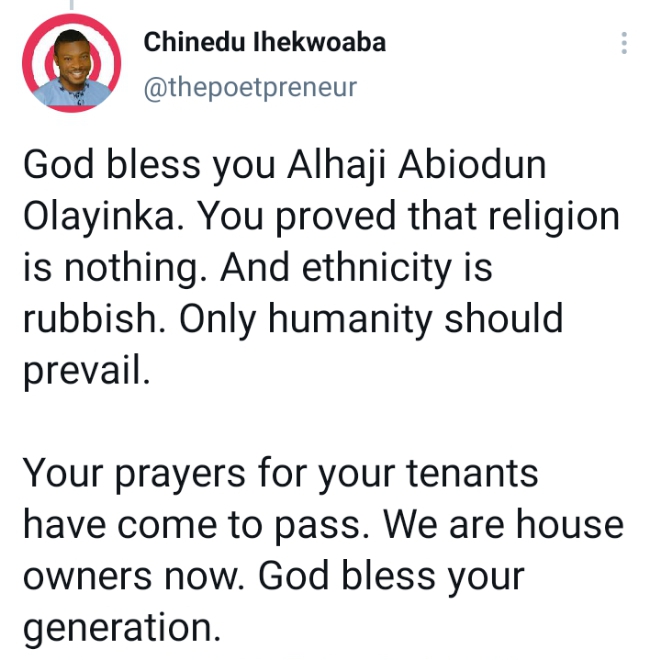