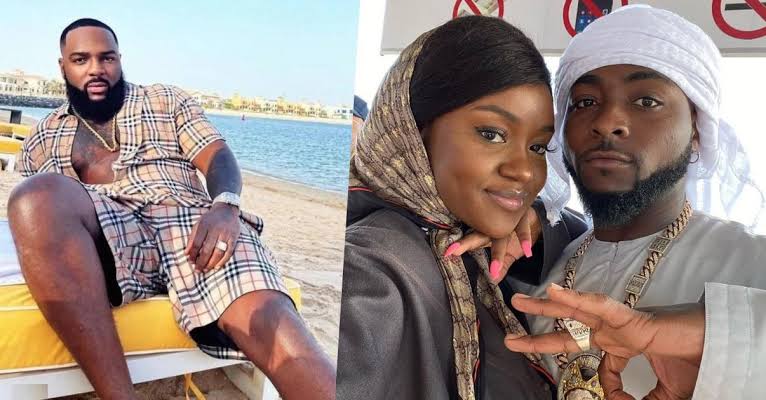 The alleged lover boy who started the quarreling between Davido Adeleke and his baby mother, Chioma Rowland, has been exposed.

I lied to Chioma to make her appear in ‘Assurance’ video –…

Kelvin is described as a dangerous drug baron who is currently staying in the United Arab Emirates after being barred from visiting Kenya, according to the report.

No be everybody them dey threatened o. Now see wetin you cause!! Hmmm I talk my own

He has 6 kids with 5 babymamas

While he lived in his home country Nigeria, he used to be an active member of cultism

Presently, he is not able to travel out of Dubai.

Kelvin is a very notorious and dangerous street boy and honestly I fear for whoever is bears grudges. He can go any length.

He just threatened someone’s life in Dubai and it’s scary. At least we at Cutie juls knowing a little about him, we are scared.”

Tuface and Annie Idibia react to brother, Wisdom Macaulay’s call out over actress’ cruel attitude towards him