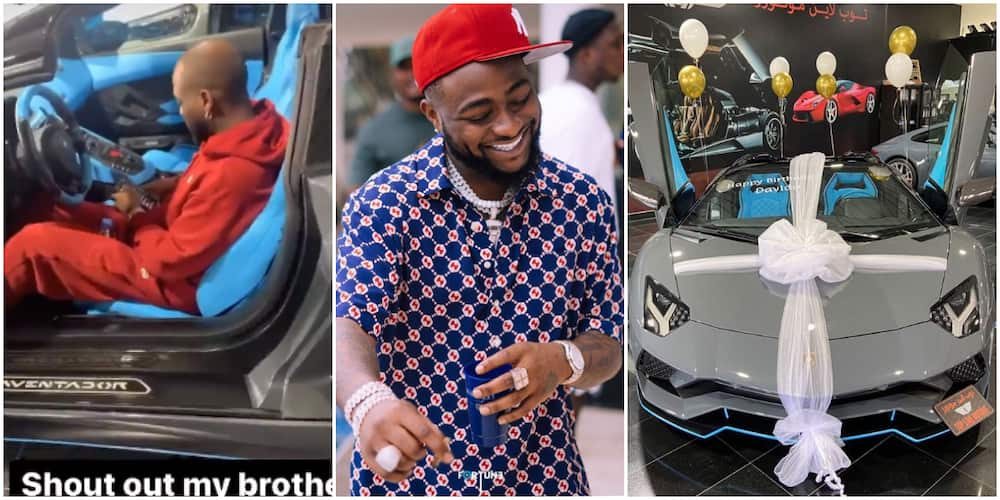 Davido has finally received his Lamborghini Aventador, which he purchased last December as a Christmas present for himself.

It’s worth recalling that the musician pampered himself with a Lamborghini, which he revealed will be delivered to him in Nigeria shortly.

The new car, according to reports, cost a whopping N300,000,00  million. It is undeniable that the father of three is a car enthusiast, as he spends the majority of his millions on high-end automobiles. This was according to Tunde Ednut who happens to be a good friend of the singer.

This elicited conflicting reactions on social media, with some praising the singer’s achievement while others criticizing him for spending so much money on the luxurious ride.