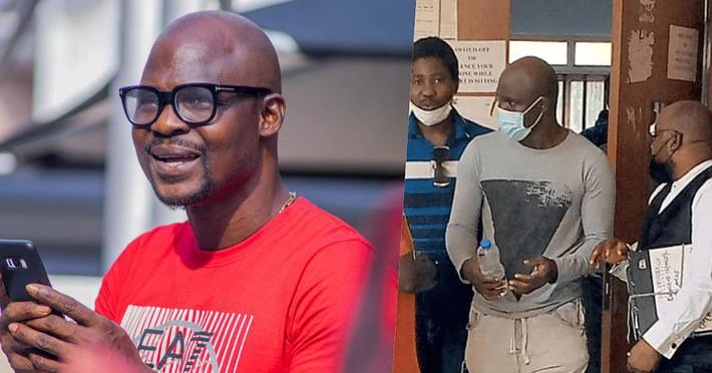 Nollywood actor, Baba Ijesha has made a shocking revelation, claiming that the r*pe incident with Princess’ daughter was a movie script.

Prior to this issue, the actor had an ongoing case in court with respect to a child molestation case that has caused a lot of uproar in the entrainment industry.

The actor revealed and affirmed that the act was nothing but a mere movie script that was planned by his colleague, Princess. He went further to present a transcript of his WhatsApp chat with Princess, as evidence in court.

We are portrayed in movie as husband snatchers- Juliet…

Lady shares her experience at a movie date

“On April 19, 2021, Princess sent a message that she wanted to start a production and she would like me to play the role of a lover boy which I replied ‘okay’.

She said the story is about rape and she wanted to tell the story in another dimension”.

“I asked for the movie location but she told me to come over to her house.
Before I entered, Princess met me at the balcony that the movie production was a Lagos State project, addin that the State wanted her to be the face of ‘anti-child molestation’.

She told me to improvise and a create a story by myself. I told her the house was dark when I entered. She said we should rehearse that she would use her phone.

Baba Ijesha further narrated how he was caught up in the entire charade:

“Princess told me to kiss and sick the br*ast of the child, adding that the dress the girl was wearing was purposely for the role the girl wanted to play.
She would leave the room so that the child would not be shy to play out the role”.

In addressing the court directly, he said:

“All this things we are seeing in that video is just acting. My lord check the record when it comes to acting, I can kill myself and die for acting. She was the one directing and filming my angles.

She told me I could go to the kitchen as well. She told the girl in question ‘you remember what I told you, when I leave the room now, act out your role perfectly’.

The girl removed my shoe and I started acting out my role. I romanced her based on the movie role Princess gave me.
As I was acting with the girl, kissing and licking her fingers, I was also whispering to her’ hey do not look at the camera’.

In his concluding statement, he said:

“Suddenly, I saw like eight people including Princess, entered the room and started beating the girl”.

Justice Oluwatoyin Taiwo, the sitting judge, admitted the WhatsApp printout as evidence presented by the accused.

Liquorose finally responds to interviewer who asked about her hidden baby