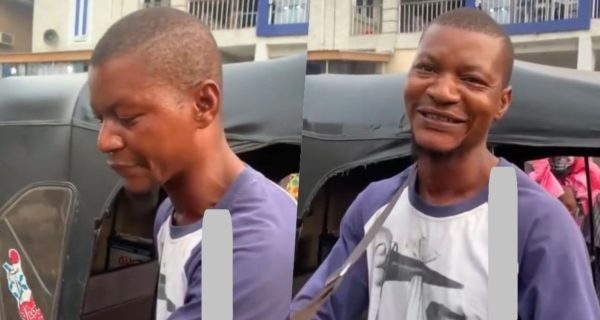 An honest Keke rider returns a passenger’s items after he forgot a bag containing ten pricey phones in his ride.

A viral video shows a God-fearing rider tracking down his passenger at the bus station where he had let him off to return the bag he had forgotten in his vehicle.

The narrator claims that the Keke rider was given N1K token of appreciation for his honesty.

“The fair man is a Keke man , the black guy holding a big black nylon forgot a big nylon full of phones about 10 new phones in cartoon with other item, the Keke man looked for him and returned it to him, he gave him 1k in appreciation I was there when it happened,” the eye witness wrote. 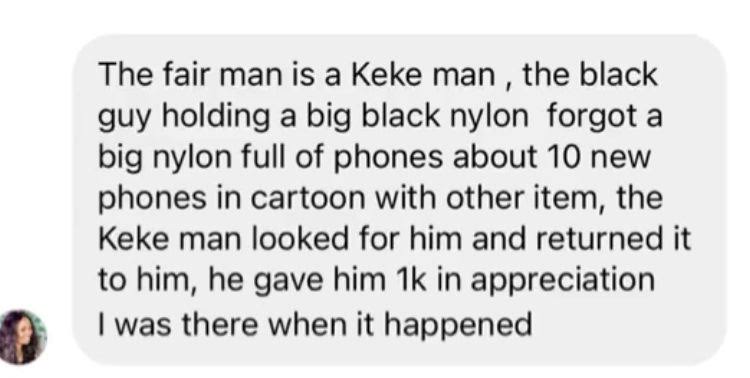