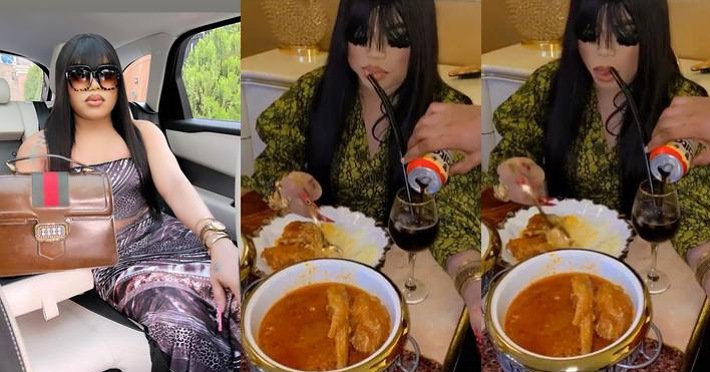 Popular crossdresser, Bobrisky Okuneye, has sparked reactions from Nigerians on social media over his recent video.

The controversial crossdresser was mocked heavily over the video as they likened his appearance to that of late legendary singer, Michael Jackson. 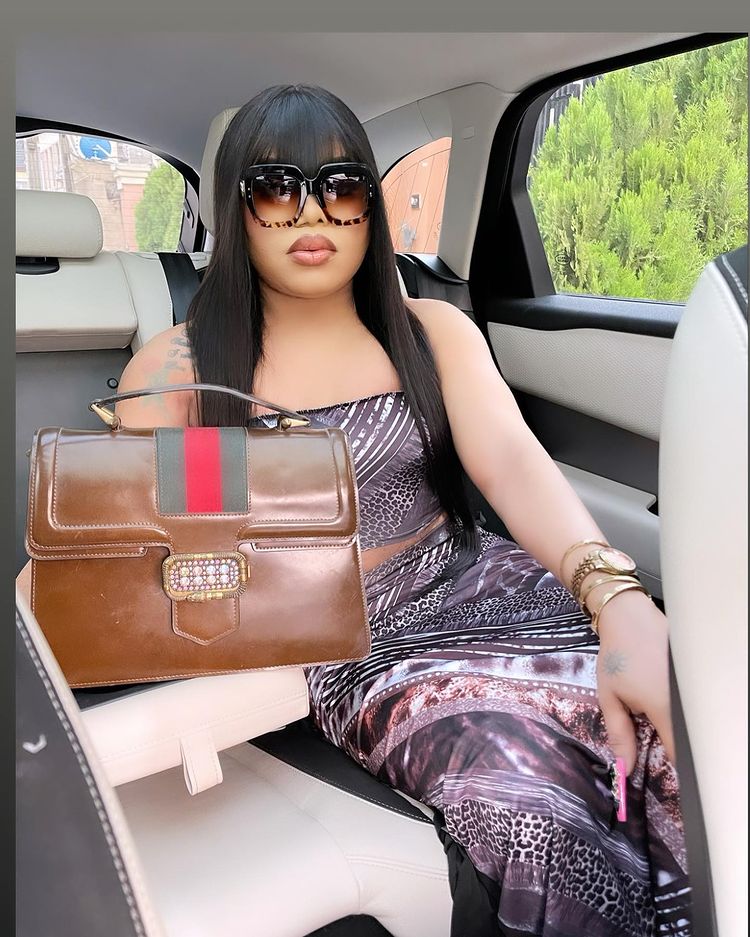 The self acclaimed ‘mummy of Lagos’ took to his Instagram page to share a video of himself having lunch in his new wig.

Sharing the video, Bobrisky reminded his fans of how keen he is about extravagances as he dined with heavy pieces of jewelry.