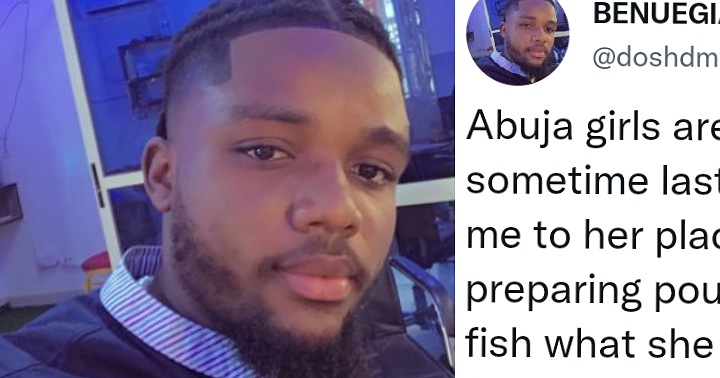 A young man has taken to Twitter to narrate his experience with a girl he met in Abuja who denied him food.

According to the raging man on Twitter, the said lady denied him food after he turned down her advances.

According to the man, he was invited over by a lady who was preparing his best meal, pounded yam.

On getting there, he found out that the lady was dressed in an alluring cloth which was supposedly meant to entice him.

He however turned down her advances and the lady refused to bring out the pounded yam she had prepared, making him sleep on the floor while she slept on the couch.

“Abuja girls are so wicked, sometime last year this girl invited me to her place. she was preparing pounded yam and fresh fish what she said My favorite food oo.

I got to her place and she was dressed with ashawo vibes, I wasn’t down for all of that, na hunger carry me come.

lmao to cut the long story short she asked me to come and hug her as she was touching me I refused with style hoping to get food and move!!!

Faith refused to bring out her food, she let me sleep on the floor while she slept on the couch in the living room. That night was long.” 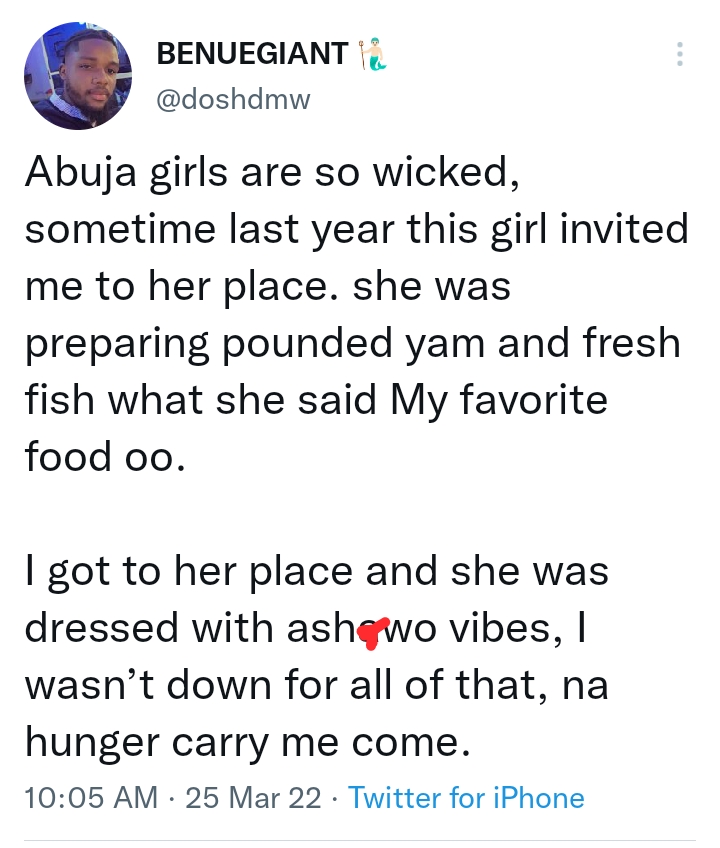 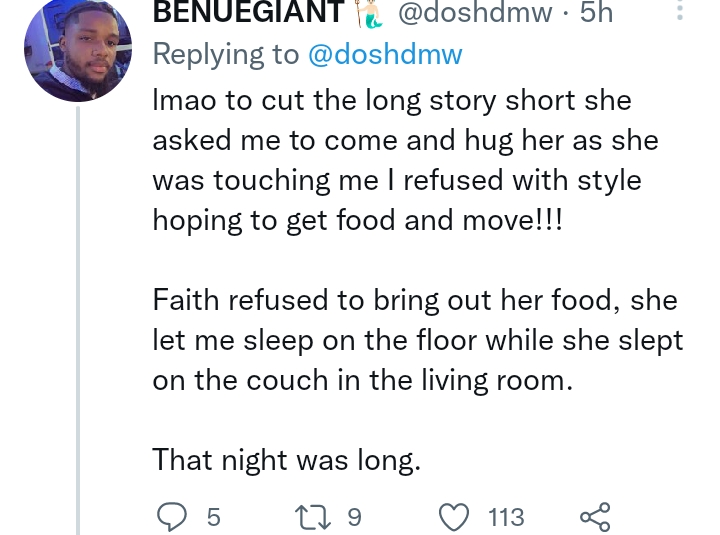 “If you don’t have at least N10M in your savings, you’re not qualified for marriage” – Lady advises men