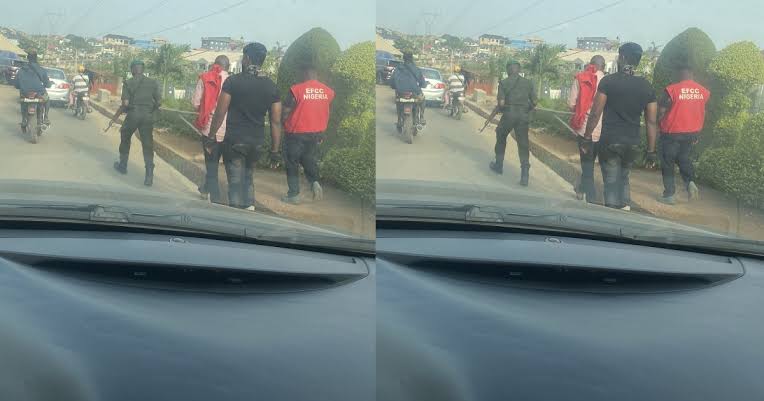 Yesterday, March 30, EFCC operatives double crossed his car and ordered him to be interrogated, according to a Nigerian man. 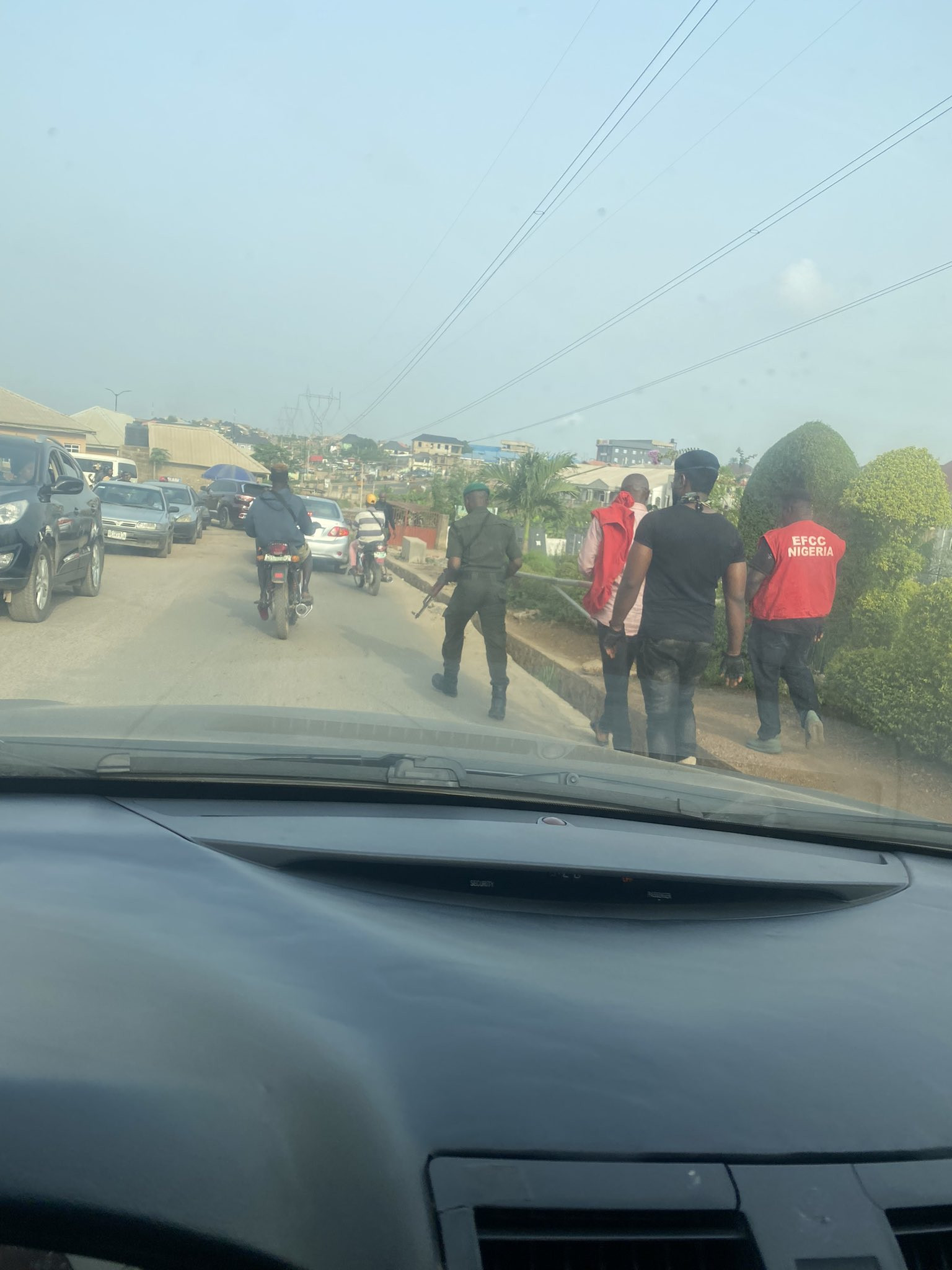 The guy, who posted his experience on Twitter, said he was on his way home after dropping his children off at school when the EFCC stopped him.

On my way back from my kid’s school this morning, around past 8, I was double-crossed and harassed by men of the EFCC

They came down from a white hummer bus after overtaking me at Olusoji area in Oluyole. Heavily armed police officers and two guys approached my car, I wound down the window, and they yelled that I come down and hand over my phone.

I handed over my phone, I introduced myself and what I do professionally, and I asked who they were as they were not in uniform — only one was putting on a red bib, and the other was holding his red bib.

They said they were from the EFCC.

They caused a scene obviously with serious hold-up; people were staring as they probably thought a fraudster had been apprehended.

After rigorously searching my phone, they handed it over with my ID and said “I was not the one they were looking for” as they took to their heels.

These guys gave no apology or an explanation for why I was harassed; they forcefully took my phone before I could even gather my breath. I managed to snap those few pictures as they fled the scene they created.

I couldn’t even drive my car off as everything happened in a flash. My heart has never beat this fast before in my life. What a morning I had, May Nigeria not happen to us.

They now mount road block in Owerri..I just don’t get it…they caught Obiano that stole huge sum of money and nothing was made out of the case so mounting road blocks in Owerri is the best way now

“Marriage is sweet” – Actress, Mo Bimpe says as she shares goofy video of herself and husband, Lateef Adedimeji (watch)