Nigeria vs Ghana: Osimhen leaves for World Cup playoffs after netting a brace in Napoli win 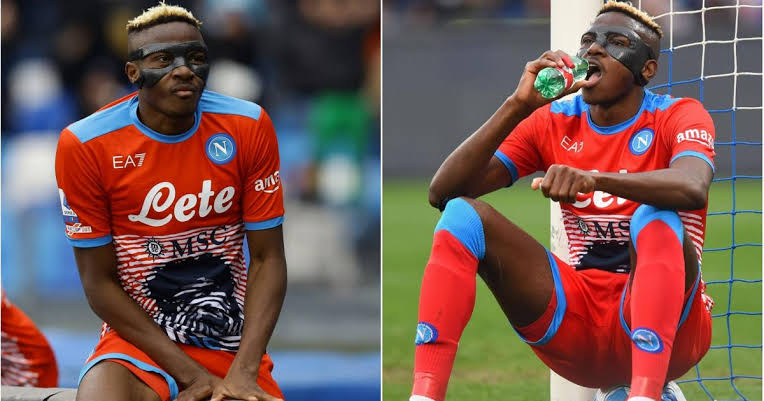 Victor Osimhen, a Napoli striker, scored two goals in a 2-1 victory over Udinese on Saturday.

With the win, they draw level with Serie A leaders AC Milan in points.

In the 22nd minute, Gerard Deulofeu scored, but Osimhen  completed the comeback  with a brace to turn the game around.

Seven minutes after the break, he equalized with a bullet header, and 11 minutes later, he completed the comeback with a brilliant near-post finish.

For the first time since late January and early February, Napoli has won back-to-back league matches.

Osimhen will now travel to Nigeria to join the Super Eagles’ squad for the 2022 World Cup playoffs against Ghana.

On March 25, the first leg will be held in Kumasi, with the return leg to be played four days later in Abuja.