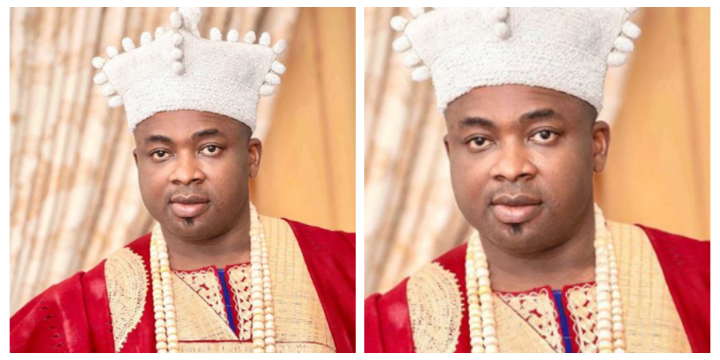 Oba Saheed Elegushi of Ikateland, has reportedly lose his only son, few months to his 2nd birthday.

The Monarch’s son and only heir to Ikate throne was born on August 21, 2020, by his second wife, Queen Hadiza Elegushi Tanko.

He was born in London and was only a year and seven months old at the time of his death.

The cause of the death of the Monarch’s son and only heir to the kingdom, is yet to be disclosed.

His death as the first and only son,of Oba Saheed Elegushi, has thrown the royal family into mourning.

May the good Lord give the royal family, fortitude to bear the loss and may his soul rest in peace. Amen.