Pastor angrily wipes off bride and bridesmaid’s make up at the altar; makes bride scrape off her nail polish (Video) 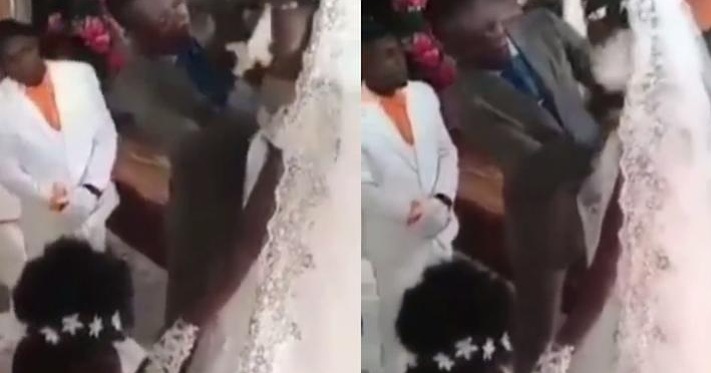 A Nigerian pastor has sparked reactions on social media after a video of a wedding held at his church surfaced online.

A video making rounds online captured the moment the clergyman wiped off make up from the faces of the bride and her bridesmaid. 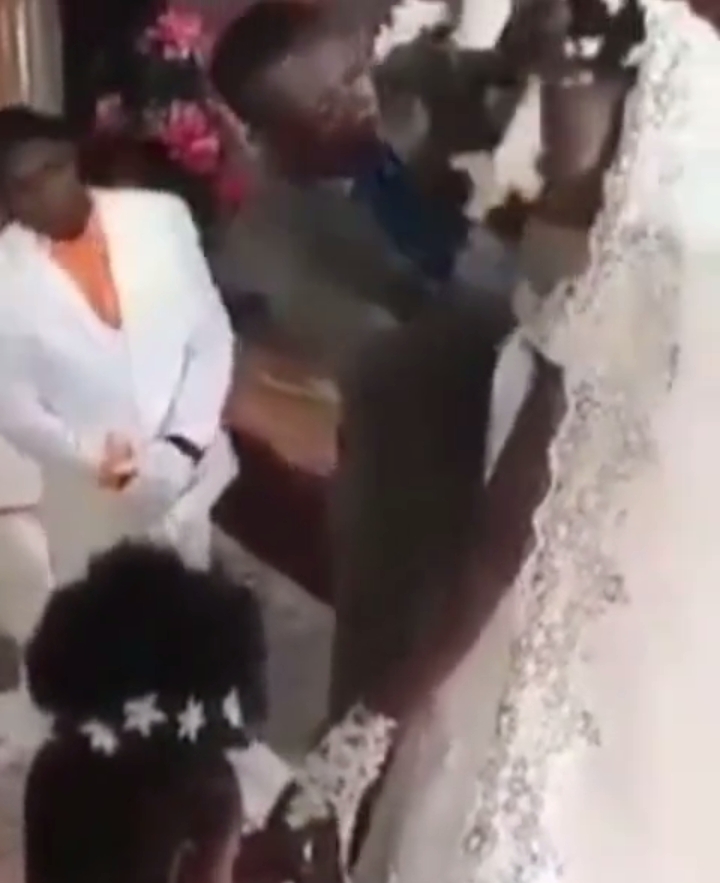 “My asoebi girls cannot expose their bodies anyhow at…

The groom and best man stood and watched on as the the pastor deplored the brides makeup and proceeded to roughly wipe off her make up as well as that of her bridesmaid.
The pastor also angrily jerked off her faux lashes and wiped off her face with water.

While he was wiping her face, he instructed the bridesmaid to scrape off the nail polish on her fingers.

The church members could be heard laughing as they urged him on, praising him for removing the bride’s make up.

“Why is his face like that?” – Reactions as Nigerian dad keeps straight face as son gifts him a new car in (video)