Pregnant woman makes u-turn, years after running away with N450k 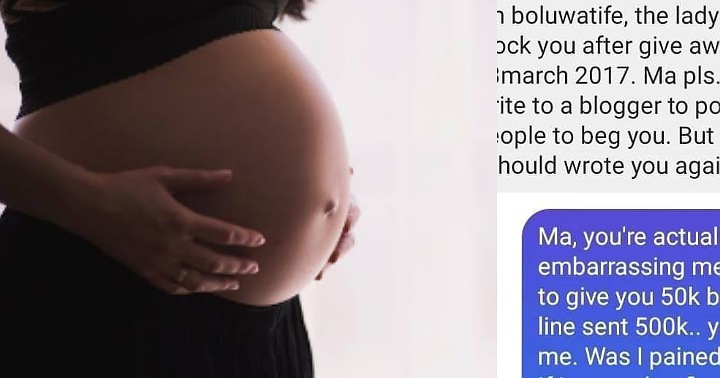 A lady has narrated how a pregnant woman made a u-turn, years after running away with N450k which was mistakenly sent to her.

Twitter user, Oluchi who shared the story via the platform, wrote,

“A pregnant woman asked for help on Facebook page. A lady accidentally sent her 500k instead of 50k and the pregnant woman immediately blocked her everywhere so as not to refund her.

Five years later, the pregnant woman reappeared asking people to beg the lady who sent her money for forgiveness because she thinks the lady laid curses on her. She said she’s been terribly ill and have been taken to different places for treatment but her conscience bothers her.

The other lady said she didn’t curse her. People are asking her to forgive the pregnant lady.” 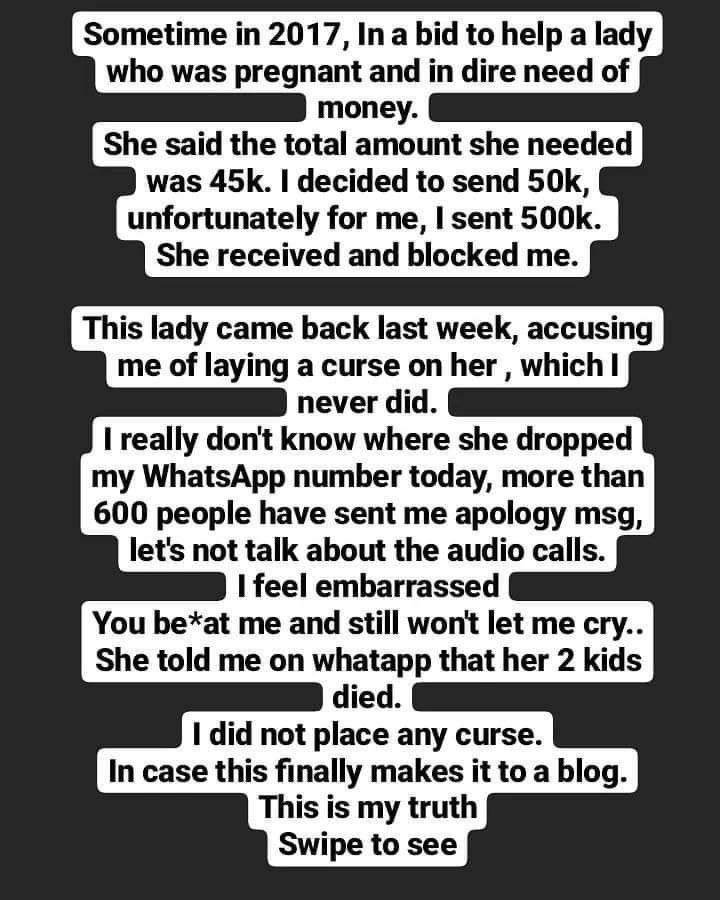 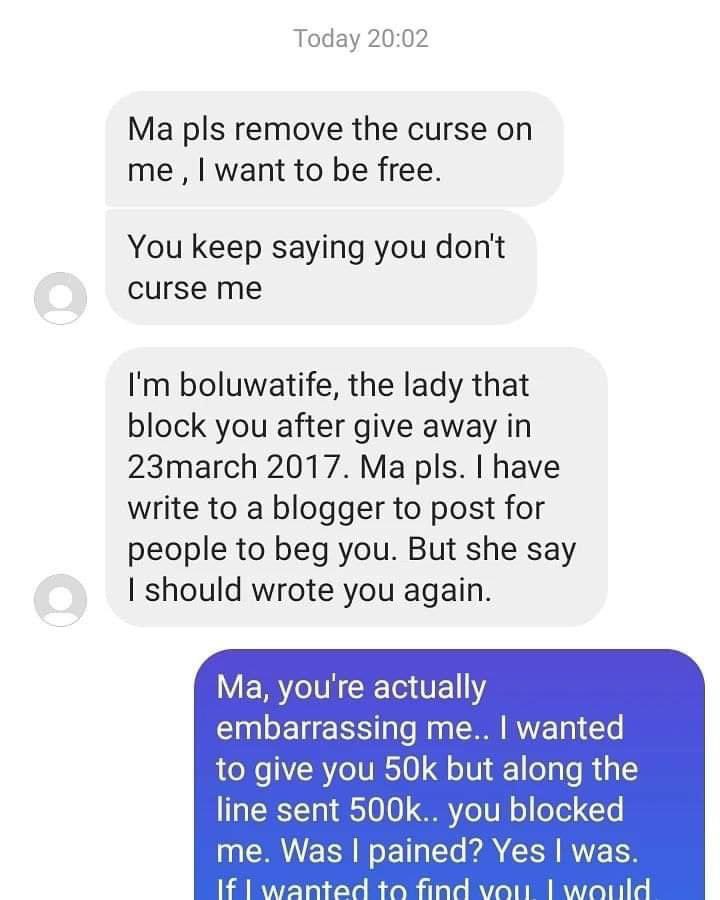