Wife sheds tears as husband jets off abroad with her bestie 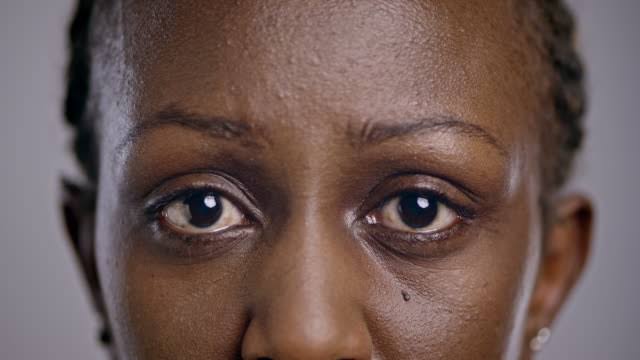 A man fled the nation with his wife’s best friend, leaving her behind, according to a Twitter user. 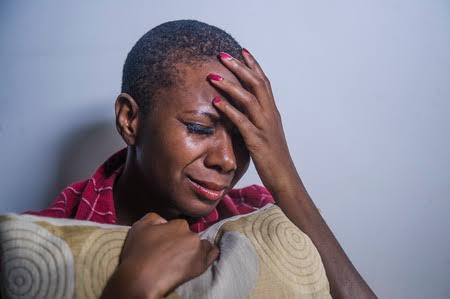 The man’s wife, who is also her friend, had contacted her crying uncontrollably, according to the Twitter user.
She rushed over to her friend’s house, only to learn that the spouse had left the country with her bestie, not her.

The Twitter user reacted in rage as she condemned the behavior, claiming that women do not support one another.

“So this morning, I got a call from my friend who got married last year. She has been crying all through the call.

I rushed to her to know what’s up, just to hear that her husband left the country with her best friend instead of her(the wife).

Another episode of women supporting women in the mud.

Omo, I’ve been asking myself if he was jazzed or something cuz their relationship was a God when kind” 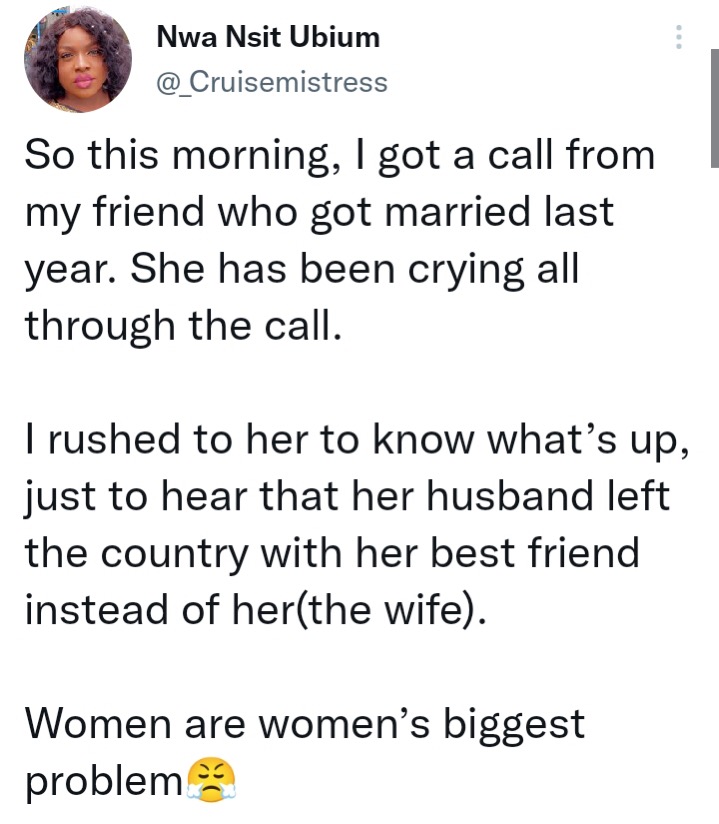 Charly Boy reveals what his daughter has turned him into