Alaafin of Oyo’s estranged wife, Queen Dami and mother thrown out of palace after showing up to claim inheritance 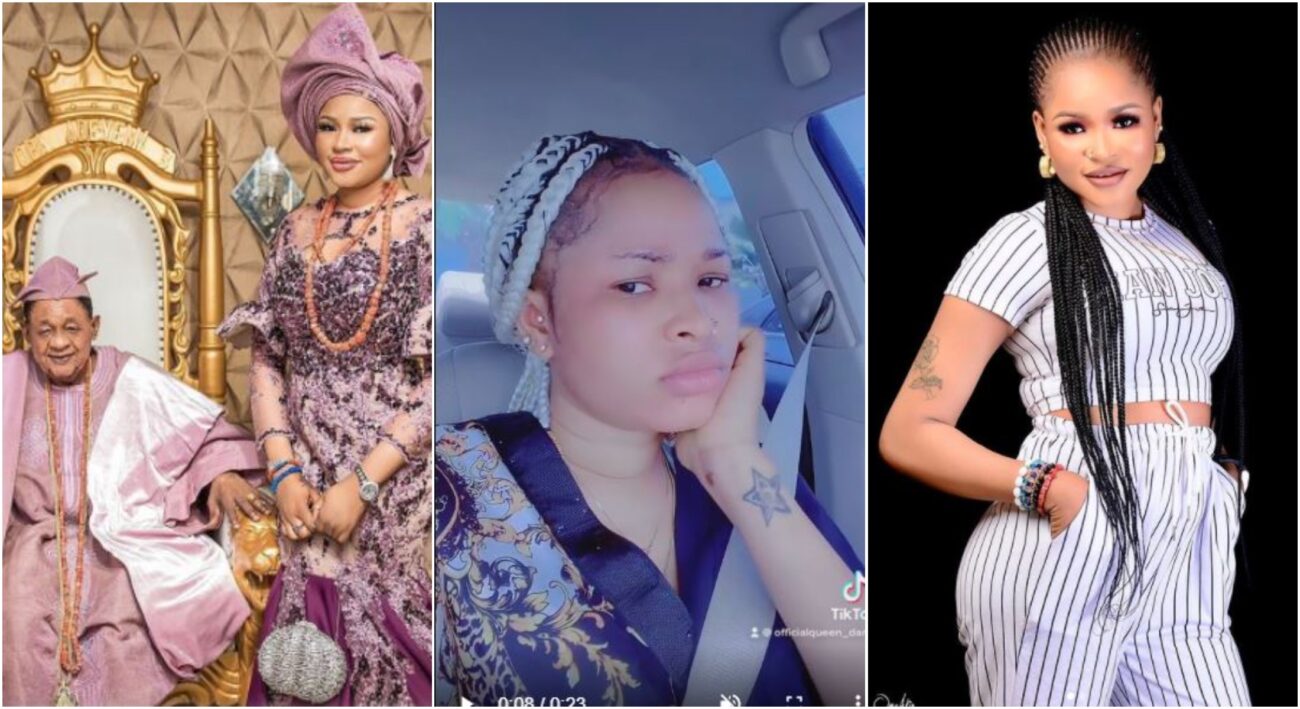 Queen Dami, one of the late Alaafin of Oyo’s estranged wives, has been thrown out of the palace after she arrived yesterday with mourners to collect her inheritance from the late ruler’s wealth.

Queen Damilola was once locked up in a cell for reportedly breaking a palace regulation, which led her to leave her marriage and flee the palace for Lagos in April 2021.

Following her release from the jail, Queen Damilola apologized to the king in a post shared on her Instagram page on Sunday 31st October 2021, explaining that frustration and some friends had deceived her to leave the palace.

‘They are threatening to kill my daughter if she…

Amidst the public apology, the Alaafin of Oyo shunned her and failed to let her back into his palace.

Only for her to show up after his death this weekend, with her mother and they were both disgraced out of the palace.

Gist lover who shared a video of the scene on Instagram moments ago, further revealed thus:

” Gbas Gbos: Queen Damilola of OYO Kingdom and her mother disgraced out of the palace yesterday .
Information reaching the Vawulence Headquarters be say as the king die naso one of him junior wife wey don leave palace came back to the palace to claim her own part of the property, una remember Queen Dami now, the lady wey all Vawulence Nation contribute money for that time wey come later do public apology for Baba,

I tell una say after the public apology sef them no still accept her back, well she was at the palace with her mum yesterday and Na Gbas gbos the matter take end, you can see in the video above, one of Baba people warning all the junior wives that left the palace before Baba passed on , say she no want see them for Palace, even Badira( Queen ola) say if them show face Na flying broken bottles go meet their head, the lady talk say Shebi them don happy as the Oga don die now, say make them keep it moving oooo, Who go settle this matter bayi, More drama to unfold in the next couple of days”