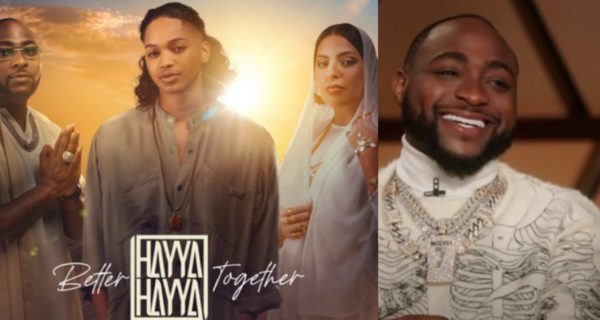 Despite the fact that Nigeria failed not qualify for the 2022 FIFA World Cup, singer Davido has been included in the FIFA 2022 Soundtrack, which is a huge win for the country and Africa as a whole, and he has expressed his gratitude.

Davido wrote that he is honored to be a part of the official FIFA 2022 Soundtrack, and that it is a great win for Nigeria, despite the fact that they did not qualify for the World Cup, and it is also a big win for Africa. 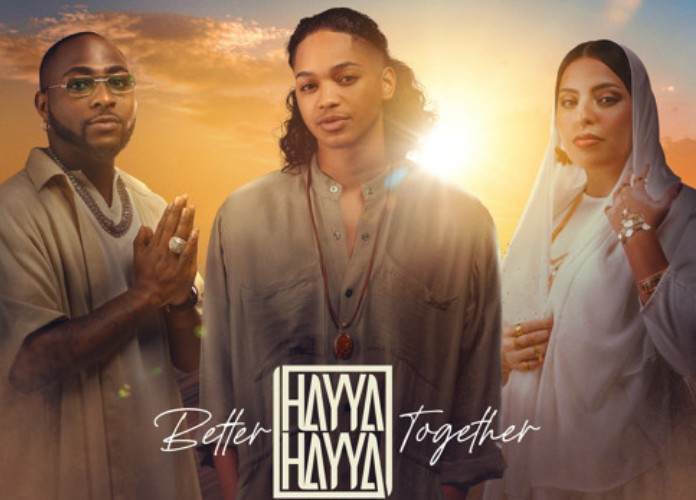 Even though there is a lot going on in Nigeria and losing to the Black Stars of Ghana was a major blow to them, they can at least rejoice with Davido for being featured in the Soundtrack of FIFA 2022. 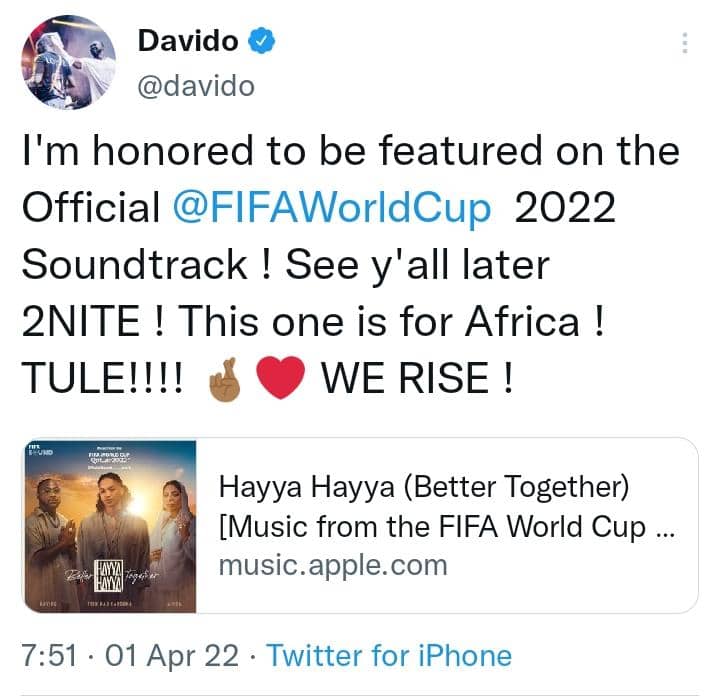