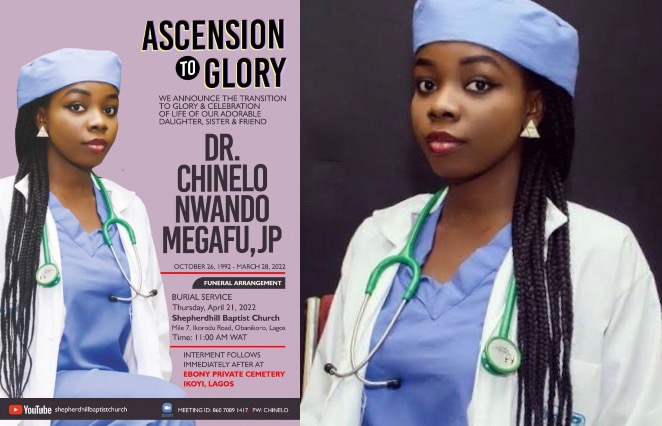 Doctor Chinelo Nwando Megafu, a 29 year old who was killed in the Abuja-Kaduna train attack on March 28, her family has announced her funeral plans. 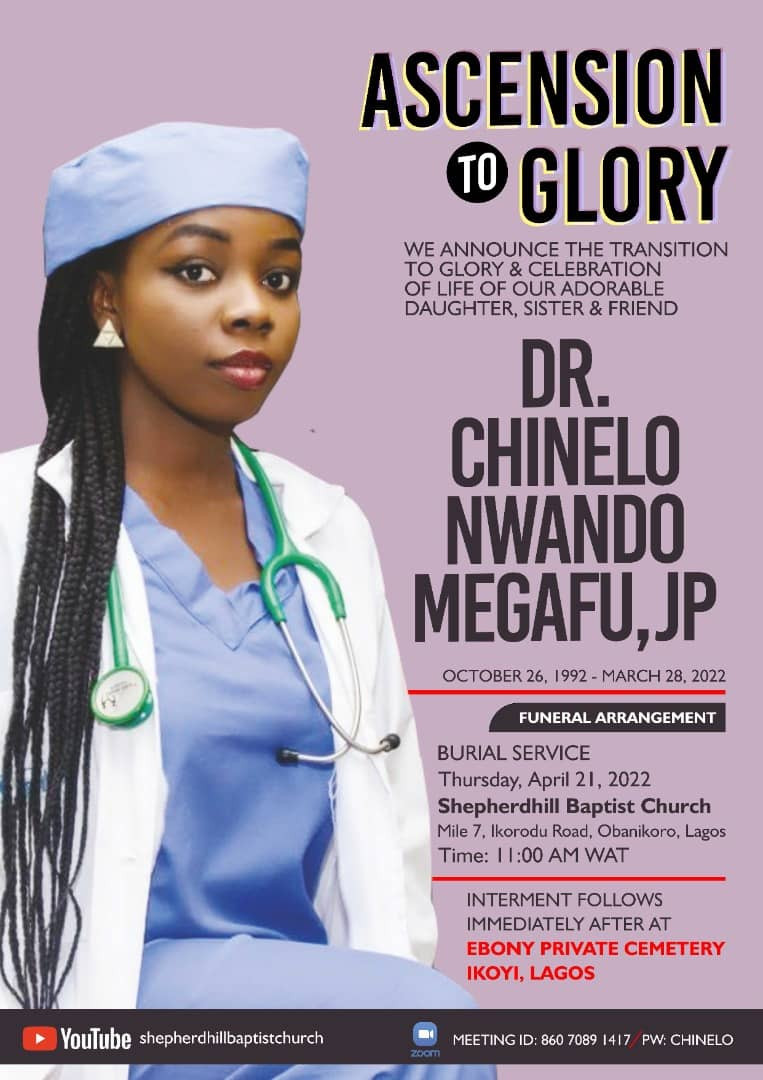 Chinelo, was set to relocate outside of Nigeria when she untimely died.

She will be laid to rest in Lagos state on April 21 at the Ebony Private Cemetery Ikoyi following a funeral ceremony at Sheperdhill Baptist Church Obanikoro, according to her obituary.

In other news; Bianca Ojukwu, widow of late Chukwuemeka Odumegwu-Ojukwu, has purportedly posted a new video showing the conflict between her and former Anambra first lady, Ebelechukwu Obiano, from a new angle.

In March 2022, during the inauguration of Chukwuma Soludo as the sixth governor of Anambra State, ex-governor Willie Obiano’s wife, Ebele, and Mrs Bianca Ojukwu engaged in a physical exchange.