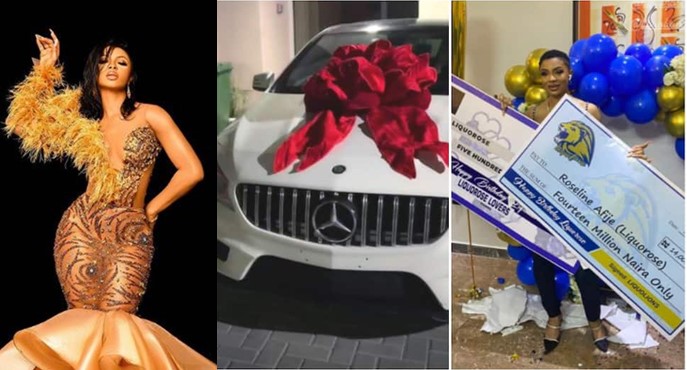 “Return the N500k we sent you” – EmmaRose shippers call out…

She received various gifts from her loyal fans and supporters, including N14.5 million and a choice of Mercedes-Benz cars.

A fan gave her two white Mercedes Benz cars and asked her to choose one as her birthday gift.

She went live on Instagram to film the moment she couldn’t decide between the two Mercedes-Benz cars.

Her friend could be overheard hyping and advising her on the best option.

A Twitter user has shared a story about a female student who failed to learn from her previous mistakes.

The student allegedly became pregnant out of wedlock during her first year at the school, but her parents were sympathetic and chose to give her a second chance.