Funke Akindele’s husband’s babymama cries out as her son, Benito lands in hospital after assault by his father (Photos) 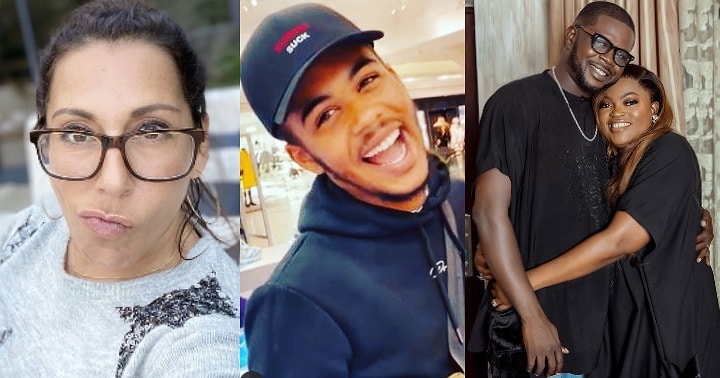 The babymama of JJC Skills has accused him of brutally assaulting their son and inflicting bruises on him.

JJC allegedly beat up her son till he was hospitalized, according to a recent Instagram post by the distraught mother.

“While you parade yourself on social media pretending with fake piety to be the main character in an aspirational story, the son that you assaulted and inflicted grievous bodily harm upon is still recovering from his physical injuries and mental trauma.

Fathers take their sons to a hospital, they don’t put them there Abdul Bello aka JJC Skillz. You can try to fake it on social media, but we will not let the truth be forgotten.”

In other news; David Okike, a Nigerian man whose fiancée called off their wedding, has spoken out about the situation.

Recall that Helen Ozioma Michael (Ada Uburu) of Ebonyi State called off her wedding due to her fiancé’s alleged violence and maltreatment?

On Friday, April 15, Mr. Okike took to Facebook to deny charges of domestic violence against Ada Uburu, whom he also referred to as “Sandra Obi,” stating that he never touched her during their eight-year relationship.