Lady cries out after boyfriend who used her picture as DP, lied to other girls that she’s his dead course mate 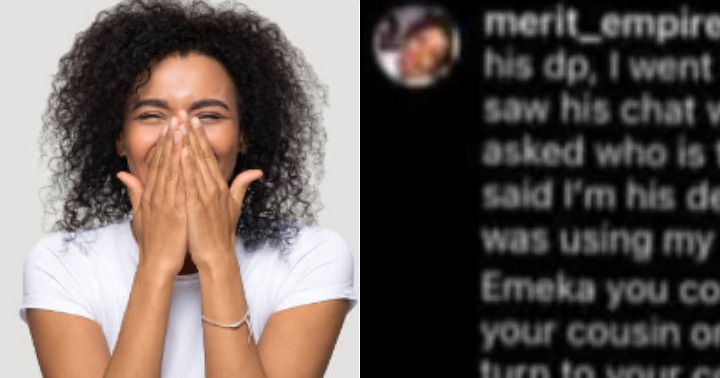 A heartbroken lady has shared sad story of how she found out that her boyfriend was lying to other girls that she’s his dead course mate.

According to the lady identified as Merit, her boyfriend used her picture as DP on WhatsApp. She then went through his WhatsApp chat and found out that he was telling other girls that she is his dead course mate.

Read her story below,

“He used my picture on his Dp. I went through his WhatsApp and saw his chat with two different girls.

They asked who is the girl on your DP. This guy said I’m his dead course mate and he was using my picture as memorial. Emeka you could have just said I was your cousin or even a nobody. When did I die please? When did I turn to your course mate?” 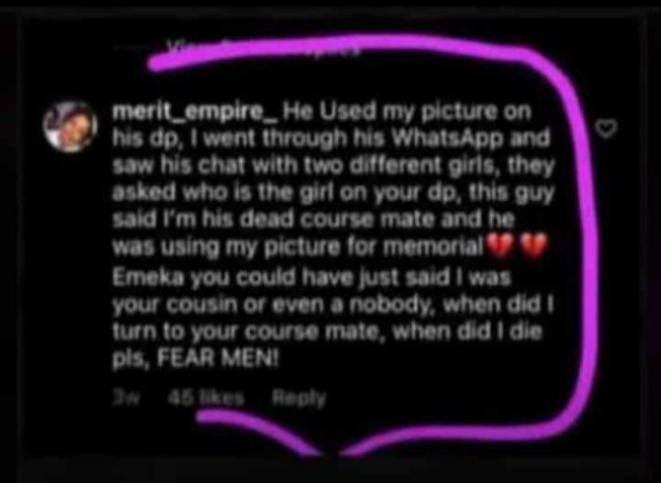