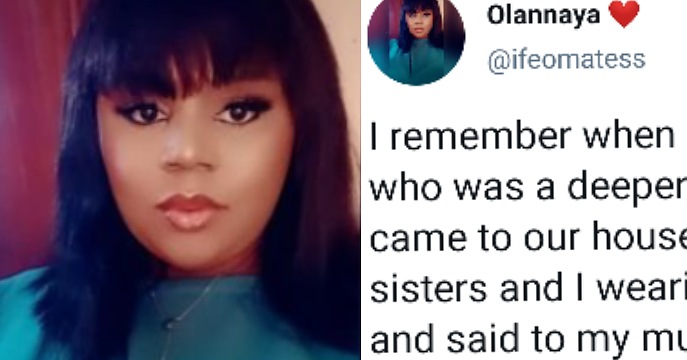 A lady identified as Olannaya has narrated how her father gave his cousin a slap for using a demeaning word on his daughters.

According to Ola, her dad’s cousin who attends deeper life church came over to their house and saw her and her sisters wearing trousers.

Reacting to this, her father’s cousin asked her father if he’s raising prostitutes and this provoked her dad who quickly dashed him a slap.

“I need to resume duties with my wife” –…

“Now I dey London” – Man calls out relative who…

“I remember when my dad’s cousin who was a deeper life member came to our house, saw my sisters and I wearing trousers and said to my mum “iyawo, are u raising prostitutes?” My dad slapped him so hard. They called family meeting to settle and popsi slapped him there again” 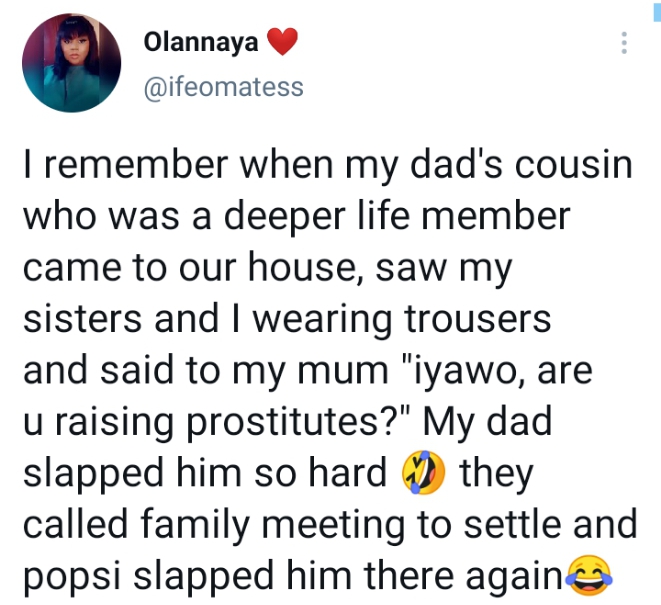