Lagos girls accused of sl**ping with dogs for ₦1.5 million 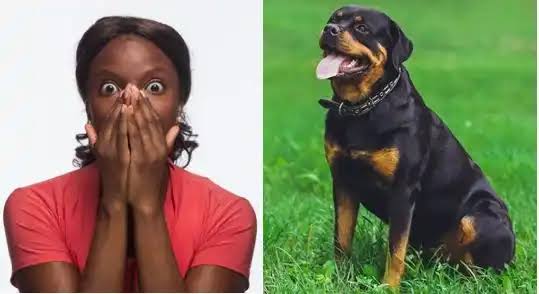 On Twitter, screenshots of chats, photos, and videos accusing specific ladies in Lagos state of spreading their legs for dogs to eat have been circulating since yesterday.

Some girls are said to be earning up to N1.5 million just to mate with dogs, according to the conversations.

A woman recounted how she made a habit of one of the latest developments. She stated she had made an appointment to see a customer who had introduced her to the dreadful habit.

What a ritualist told me about some billionaires paying N2M…

She started working with dogs, but soon realized that it made her smell. The lady claims she got an infection that wouldn’t go away.

She attempted, but failed, to treat herself with the proceeds from the deed.

See the screenshots below;