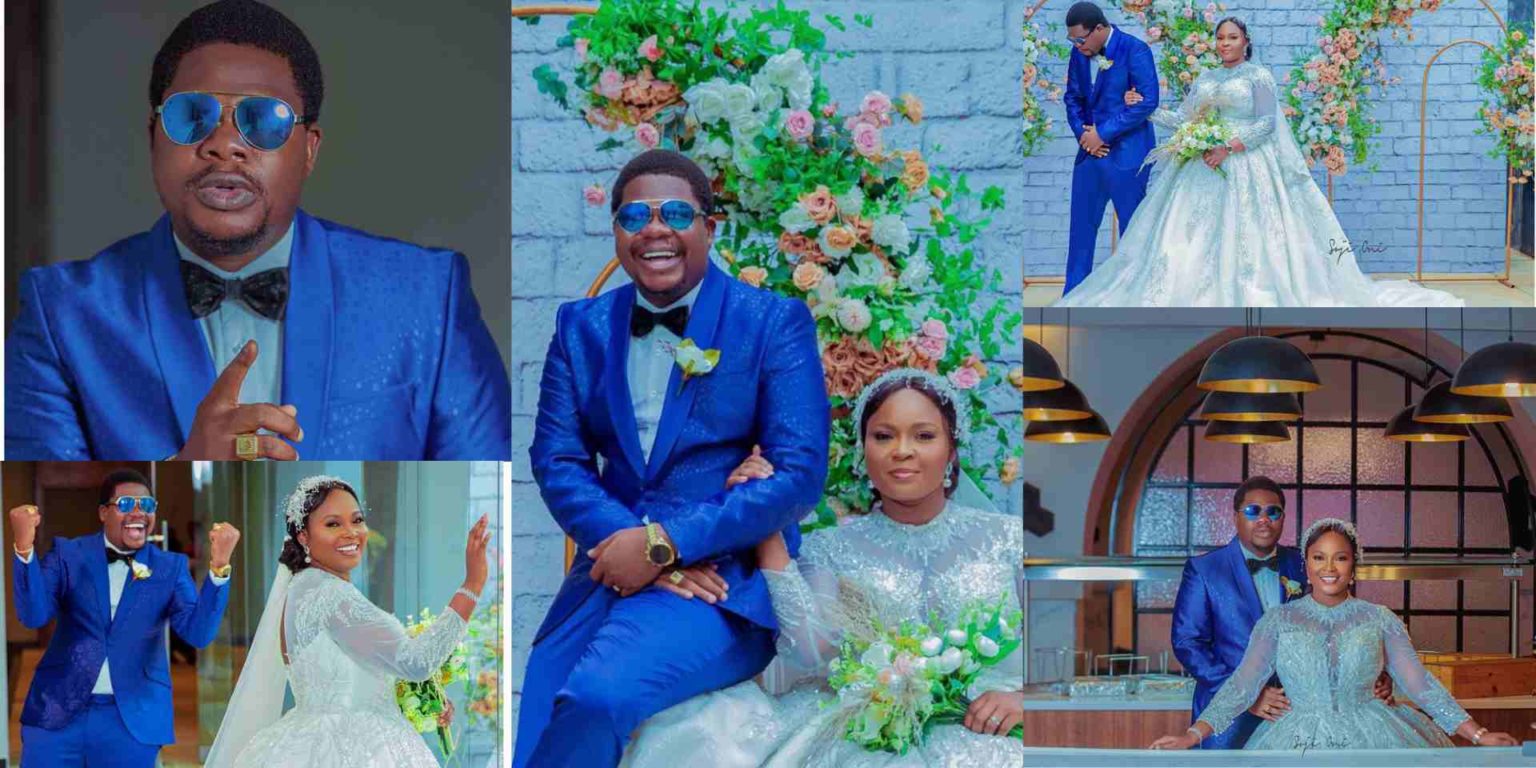 Social media users are still debating whether the two skit creators, Debo Adedayo, popularly known as Mr. Macaroni, and Kemi Ikuseedun, widely known as Mummy Wa, have actually married or are acting forth a wedding skit.

Mr. Macaroni recently shared photos of himself and Mummy Wa wearing identical traditional outfits with a statement that hinted at a possible union. Wedding pics of Mr. Macaroni

In a recent development, the couple elicited even more responses after sharing wedding photos.

While some have congratulated them, others are still insinuating that it’s a skit.

In other news; Queen Dami, one of the late Alaafin of Oyo’s estranged wives, has been thrown out of the palace after she arrived yesterday with mourners to collect her inheritance from the late ruler’s wealth.

Queen Damilola was once locked up in a cell for reportedly breaking a palace regulation, which led her to leave her marriage and flee the palace for Lagos in April 2021.

Alaafin of Oyo’s estranged wife, Queen Dami and mother thrown out of palace after showing up to claim inheritance