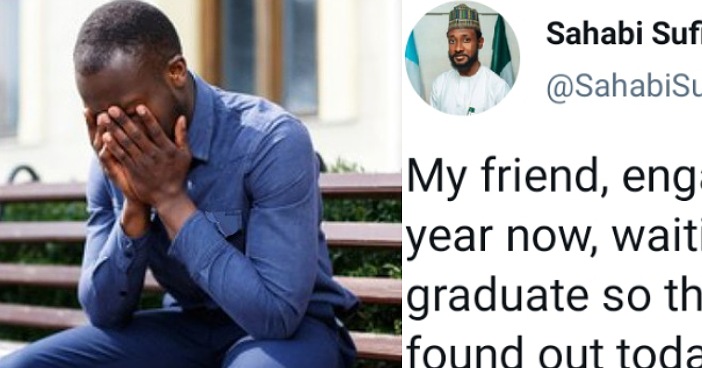 A man identified as Sahabi has narrated how his friend found out that his fiancee was getting married to another man.

According to Sahabi who shared the sad story via Twitter, his friend was engaged to the lady for about a year.

He was reportedly waiting for her to graduate from school so they can get married, only for him to find out that she is getting married to someone else.

“My friend, engaged for about a year now, waiting for the girl to graduate so they could marry, found out today that the girl is getting married 3weeks after Sallah, no one reached out to him or his parent. Guys, aside looking for good spouses, look for RESPONSIBLE Inlaws too.” 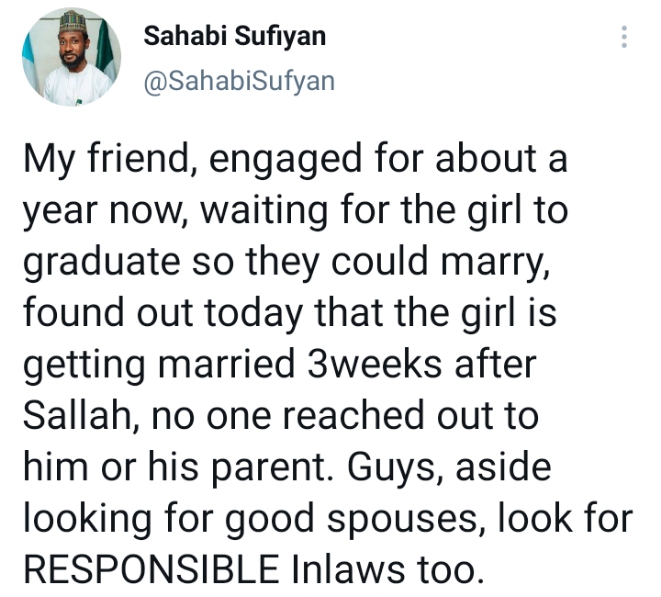