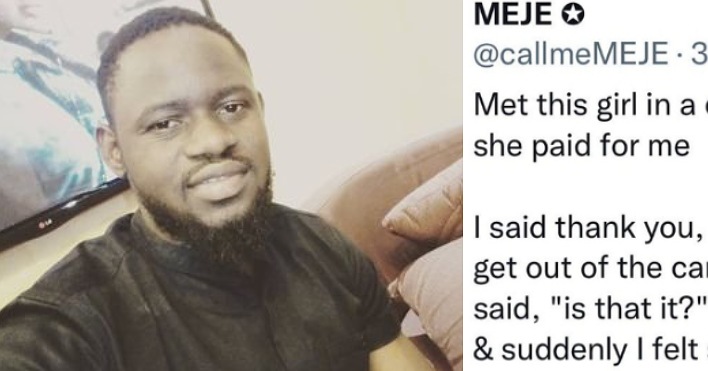 A man identified as Meje has shared story of how he met the love of his life inside a public bus.

According to Meje, he met a lady inside a public bus, and they began to gist inside the bus. When it was time to alight, she paid his transport fare and he thanked her.

However, while he was about to leave, she called him back and they kissed. Their bond got stronger, they became lovers and now, they are celebrating their two months anniversary.

“Met this girl in a car going to Wuse. Gisted and she paid for me. I said thank you, goodbye before turning to get out of the car.

As I started to get out, she said, “is that it?” I turned back, locked eyes & suddenly I felt something. We kissed. Today is our 2 months anniversary, he tweeted.” 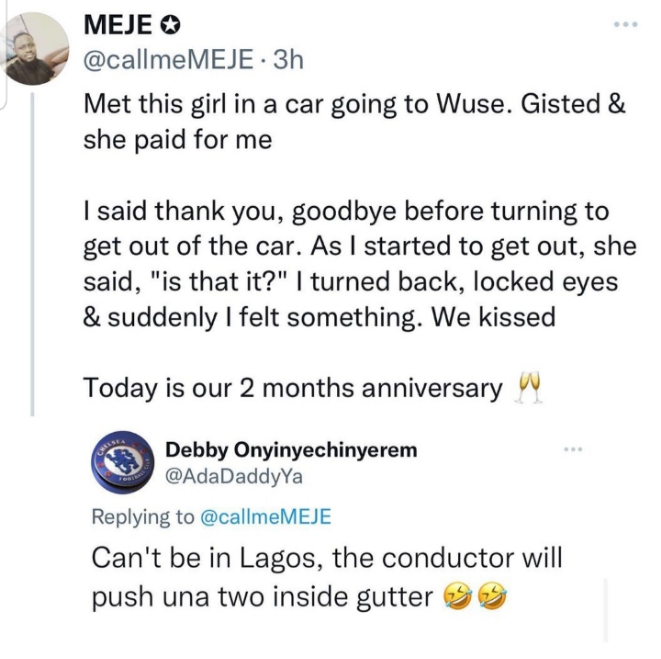 Twitter user narrates experience with a guy at the gym