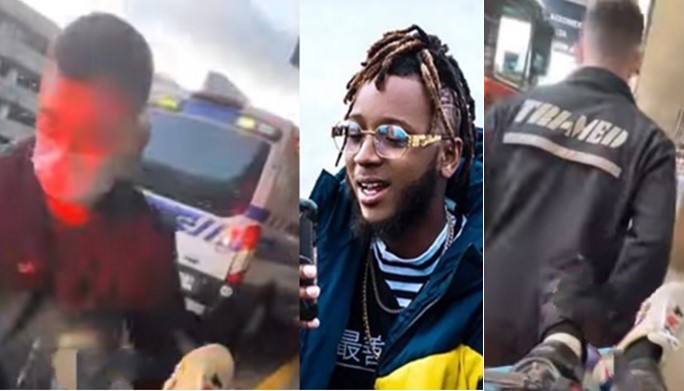 Onome Onokohwomo, professionally known as Yung6ix, a Nigerian Hip Hop celebrity located in the United States, has been involved in an accident.

The rapper posted a video of himself being carried to the hospital on a stretcher by ambulance crews.

In the video, Yung6ix is seen being taken out of Seattle/Tacoma International Airport in an ambulance.

#BBTitans: It’s a taboo for a South African to date a…

He did not, however, explain the nature of the accident or the extent of his injuries.

Another segment of the video showed him in an elevator after he was assumed to have been discharged.

In other news; A deacon at Evangelical Church Winning All (ECWA), Onikoko, Abeokuta, Ogun State, has died after collapsing while he was preaching during a service..

“Hard man hard man, I no do again o” – Whitemoney says as he hunts for girlfriend (Video)