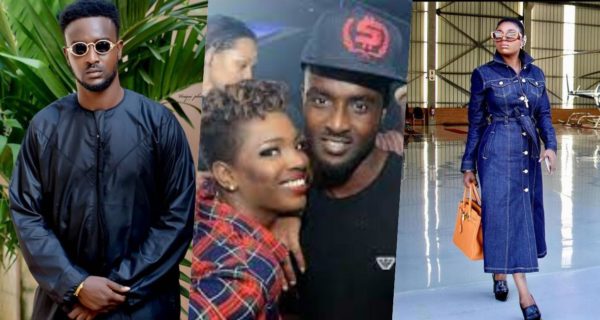 Wisdom Macaulay, Annie Idibia’s older brother, has revealed why he chose to turn to social media to criticize the actress.

This comes days after the duo exchanged an online back-and-forth in which he claimed she introduced him to hard drugs and is now wanting his life because he requested payment for what he owed.

Wisdom Macaulay said in an interview with Saturday Beats that he was afraid for his life and that’s why he went public to plead for help.

“I feel embarrassed bringing my family issues to the public. I brought this to the public because I was ‘mobbed’. I had an issue with my sister.

“I drove out to cool off with the intention of coming back with her car. But, she sent a mob to me and they were hitting my car. I had to run, leaving my phones and other items in the car. I did what I did because I was being chased and I did not know what would happen next. I felt I should put out that video if it was going to be the last time people would hear from me.

On the claims of being introduced to drugs by Annie, Macaulay said,

“That’s absolutely not true. I said that because I was depressed and angry. She just took away my job and it meant she took away food from my mouth.”