Why I slept with my 10-year-old daughter – Man confesses 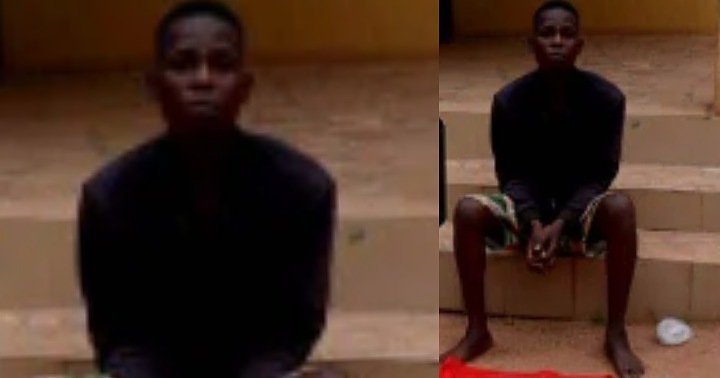 A 27-year-old father identified as Adeniyi Adeleke, has been arrested by police detectives in Ondo state.

The suspect was arrested for having carnal knowledge of his daughter who is just 10 years old.

Following his arrest, he confessed that he wanted to use her for money rituals.

Netizens shower prayers on May Edochie after she shared a…

Police shares photos of man who ganged up with his friends…

According to the state police spokesperson, Funmi Odunlami, the suspect ”a 27-year-old father, Adeniyi Adeleke confessed he had carnal knowledge of her 10-year-old daughter, Hannah Alo, to use her for money rituals.

”On 16th April 2022, at about 1440hrs, one Bosede Alo ‘f’ of Idoani reported at the Idoani Division, that sometimes in the month of March 2022, at about 1500hrs, one Adeniyi Adeleke ‘m’ age 27years called her daughter Hannah Alo ‘f’ age 10years old to his room and forcefully have carnal knowledge with her.

“On receipt of the information, Detectives swung into action and arrested the suspect, upon interrogation he confessed to having committed the crime that he wanted to use her for money ritual.

She added that “Items recovered are a ring and pieces of red clothes.