“You are in a man’s house, you don’t have sense” — Lady urges single girls to go back to their parents’ house (Video) 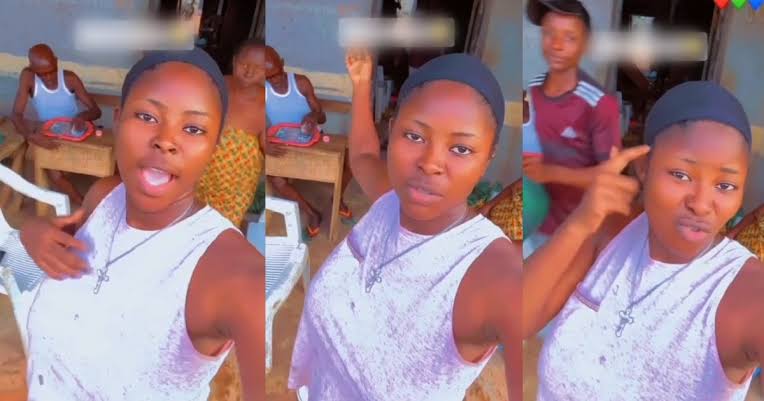 A lady recorded herself to demonstrate that she is currently residing in her parents’ home and chastised other women who, rather than follow in her footsteps, chose to remain in their boyfriend’s home.

The lady persuaded other women to leave the man’s house they are still in and return to their parents’ house, with her parents and their supposed house in the background.

Her words are coming as the Academic Staff Union of Universities (ASUU) is currently on strike, preventing most varsity students from attending classes or participating in academic activities.
The lady is heard explaining in the video that because she is in her parents’ house, she is under their control and can only do what they like. As a result of her video, she has received a variety of responses.