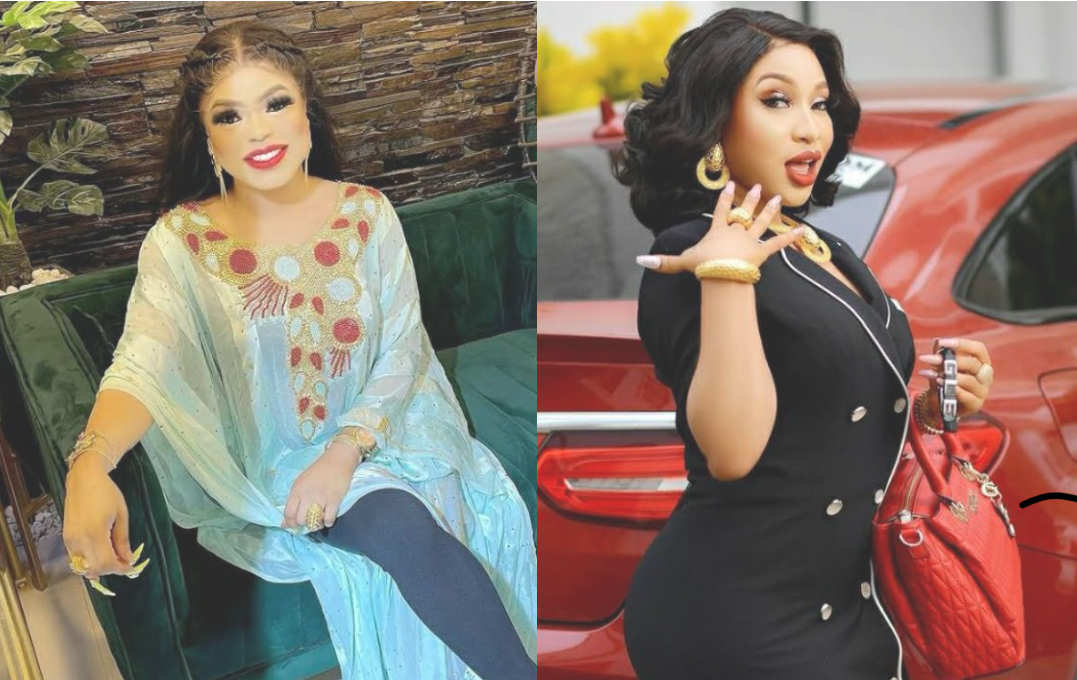 Idris Okuneye, also known as Bobrisky, a Nigerian crossdresser, has leaked his conversation with Tonto Dikeh.

The two friends have started calling out each other on their various pages as Bobrisky calls Tonto Dikeh a bitter person who does not deserve to be loved.

Bobrisky in a lengthy post stated that anytime he cuts off a friend, he describes the person as dead to him. He added that the existence of his former friend Tonto Dikeh does not exist to him anymore.

Bobrisky claimed in a recent Instagram post that Tonto Dikeh was ungrateful after everything he did for her.

He claimed she was arrested in Dubai for w33d possession and that he had to risk a large deal just to stay by her side and assist her through the process.

He went ahead to share a screenshot of their previous chat where Tonto referred to him as her heaven on Earth.