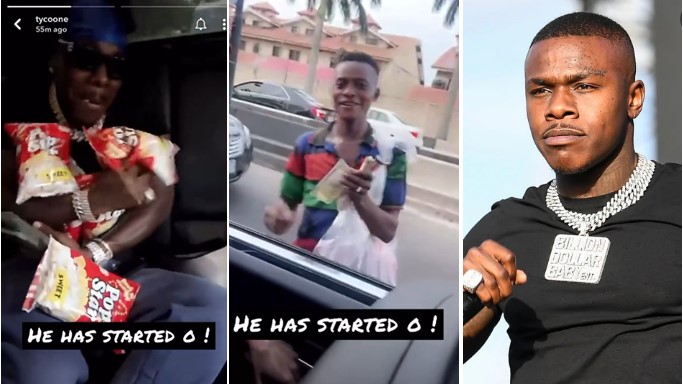 Jonathan Lyndale Kirk, also known as DaBaby, an American rapper, has made a popcorn vendor in Lagos very happy.

While stuck in traffic, the superstar rapper bought some popcorn from a hawker and handed him a $100 bill.

Tycoone, who was in the vehicle with DaBaby, could be seen questioning the popcorn vendor how much he was handed in a viral video, but the vendor remained silent.

When he turned the camera to the American rapper, Dababy was seen hugging the Pop corn he had bought excitedly.

The “Rockstar” singer is in Nigeria to film a music video with singer, Davido. On Monday, May 16, 2022, he arrived in Lagos and he seems to be enjoying his stay in Nigeria.

Dababy in Lagos and he bought pop-corn and gave the guy $100😂😂😂 pic.twitter.com/OFPclB4qak