Doctor who was allegedly sent by Apostle Suleiman to kill Stephanie Otobo, speaks out 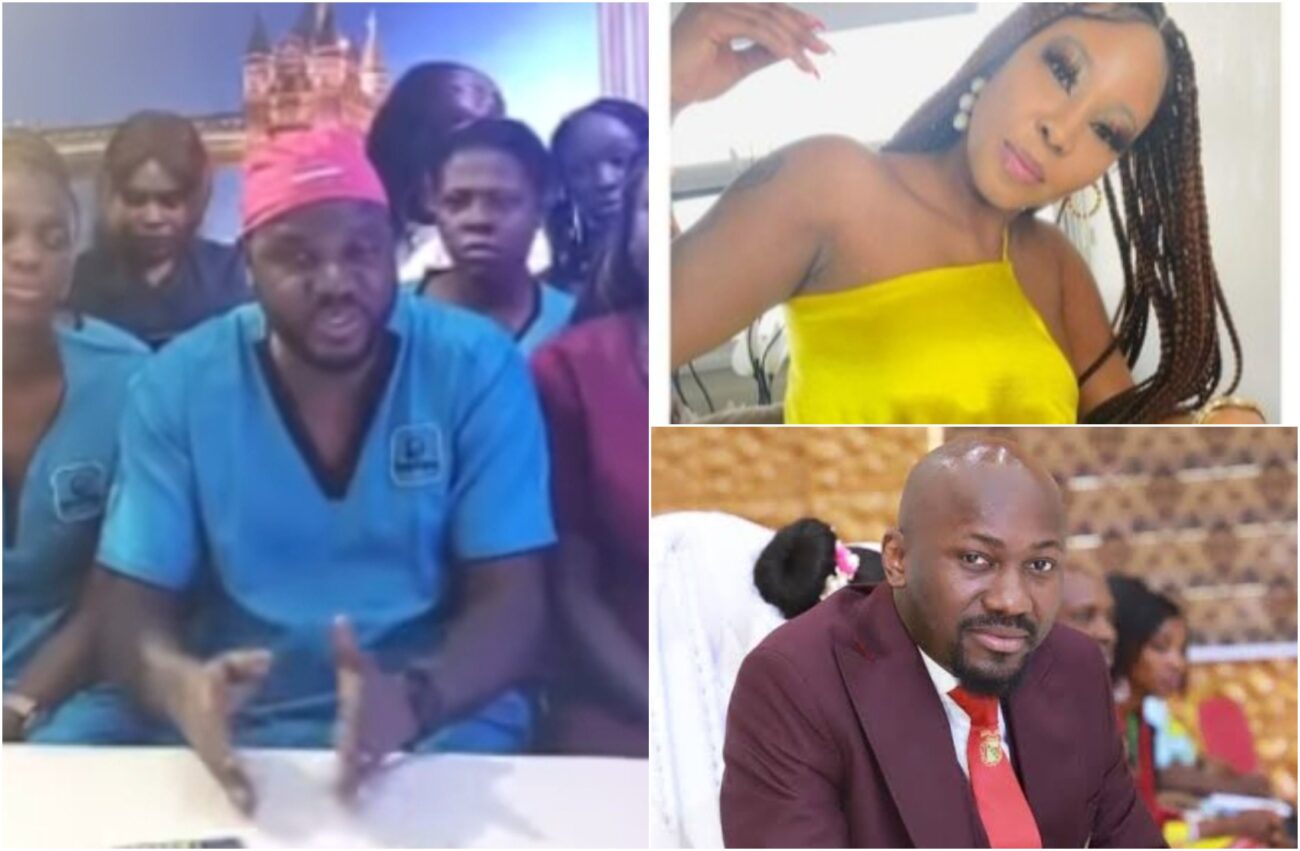 The doctor whom Canada based Nigerian singer, Stephanie Otobo had alleged that Apostle Suleiman ordered to kill her has spoken out.

As he explained what happened with her surgical enhancement, the doctor refuted the news.

According to him, Stephanie Otobo was advised to stop smoking prior to surgery, but she ignored their advice and continued to smoke.

Moment Nurse slapped male doctor and he retaliated with two…

She started hallucinating as a result of our neglect and thought we wanted to kill her, but that isn’t true because the surgery went well.

“Someone drew our attention to an interview Stephanie Otobo had that we were ordered by Apostle Suleiman go kill her. We didn’t respond to it as we didn’t see it as necessary. We were forced to watch the interview and were surprised at the false news she spilled about us. We were tagged different names from the media.

She came her for surgery and she had an excellent result. During surgery, we counselled her on things to avoid before surgery but she didn’t abide to it and at such, it led to hallucinations, which could be linked to psychiatric issues”.