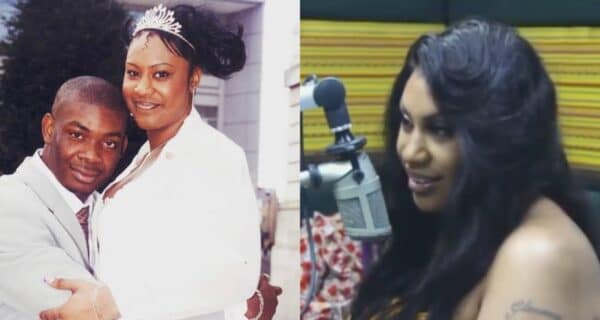 Michelle Jackson, the ex-wife of Don Jazzy, the popular music producer, has revealed the reason for their divorce.

Michelle Jackson revealed in an interview with Naija102fm that she and Don Jazzy dated for a while before getting married after a two-year relationship.

When asked if she and the music producer had a child, he stated that they did not.
When one of the interviewers asked why they are no longer married, she explained that Don Jazzy is a fantastic musician, but that music got in the way of their relationship.

“I can’t date anyone below my tax bracket”…

In 2021, Mavin Boss Don Jazzy, who had kept his love life hidden from the prying eyes of the media and public, startled many when he announced that he was once married.

Watch the below video: