Drama as man catches wife in bed with married neighbor 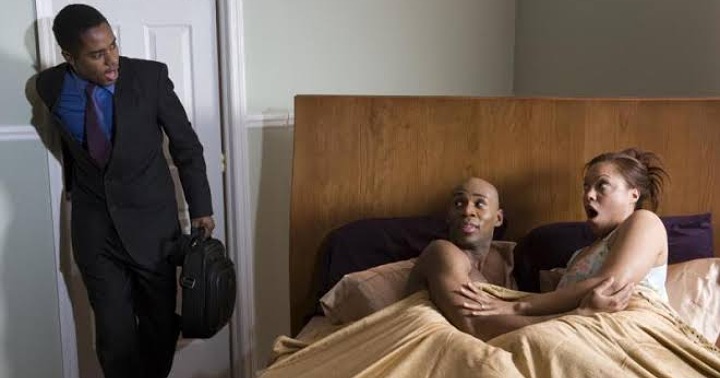 A lady identified as @inzaghi on twitter has narrated story of how a man caught his wife in bed with a neighbor who’s also married.

Sharing the story via her official Twitter handle, she said:

“On a Monday morning as we prepare to go to work, someone is shouting the entire estate down!!!

Apparently Oga travels a lot, he came home to surprise his family but met his neighbor in his bed..The neighbor is a married man and the drama is just about to begin..

Apparently both families are “family friends” Oga got physical with neighbor, residents are judging the matter and begging the man.

Neighbor’s wife has told him to forget her and the kids because she’s been telling him she suspects his moves with the woman but he called her crazy. Madam has moved out of the home, according to my source Oga threw her things out this morning….God will help them resolve it.” 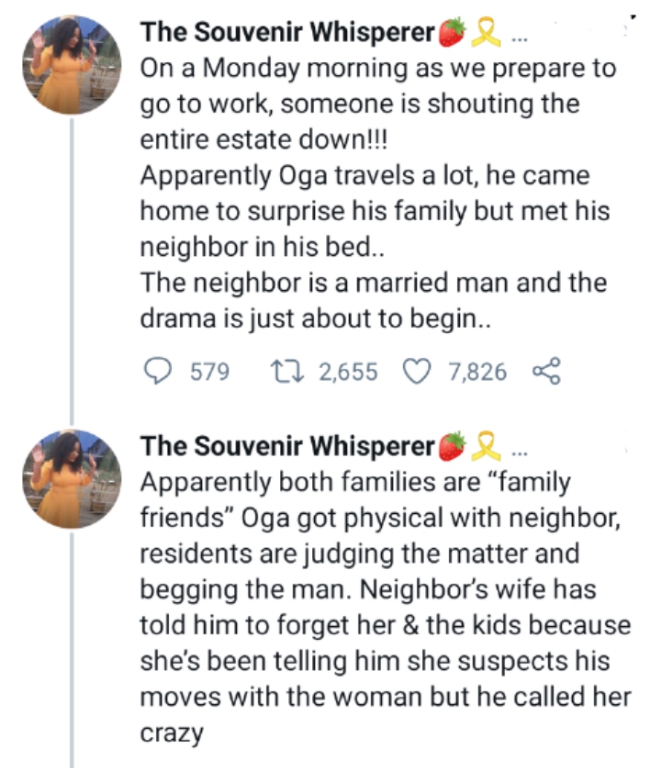