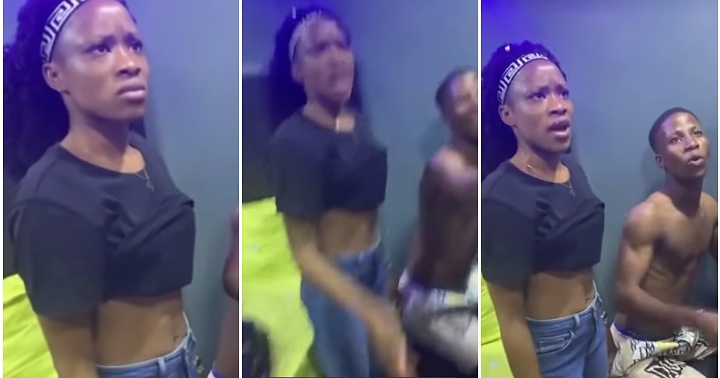 A Nigerian man recently clashed with a lady alleged to be a prostit.ute over refusal to pay for her services.

The video which has since gone viral on social media showed the lady confronting the young man who used her for pleasure but refused to pay her her fees.

The man claimed he would not give her a dime for anything they had together while accusing her of giving him tough time.

Emotional moment old beggar gets rewarded for being kind to…

In her attempt to debunk the claims of her client, she turned to a previous client who at that time was present at the scene, asking him if she had given him tough times in their encounters before.

The video has sparked reactions from Nigerians who dragged her for doing into pr0stitution.

What kind of school is this? – Parents reveal what their little child is being taught at Lagos school (Video)