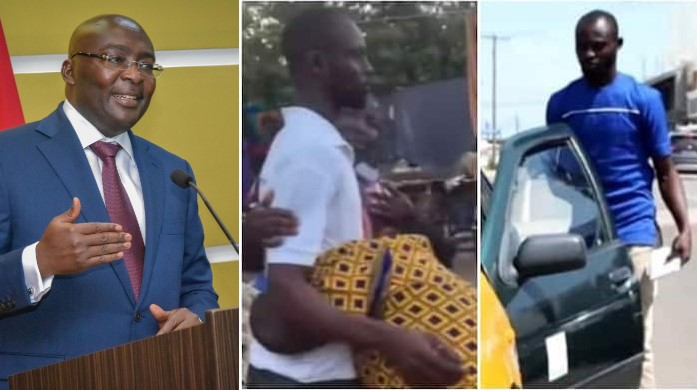 The moment Kwesi handed the money to the rightful owner is captured in a viral video on social media.

Passenger tries to open plane door during flight; You…

According to Fourth Estate, after Ghanaian journalist Manasseh Azure Awuni, who originally shared the post, urged people to do more, the vice-president celebrated the cab driver by giving him money.

Taxi driver who returned passenger's Ghc8000 left in his taxi has been rewarded GHS 22,500. 20,000 from @MBawumia Dr. Bawumia and the GHS 2,500 by Facebook fans of @Manasseh_Azure 💙💙💙💙💚🧡
Papaye so akatua #Greaterghanaforall Abena Korkor

In other news; In Kuru, Jos South Local Government Area of Plateau State, a young woman was arrested for allegedly killing her newborn baby.

Witnesses say the suspect, a church chorister, killed the baby shortly after birth and was apprehended while attempting to bury the body in the bush on Wednesday, May 11.