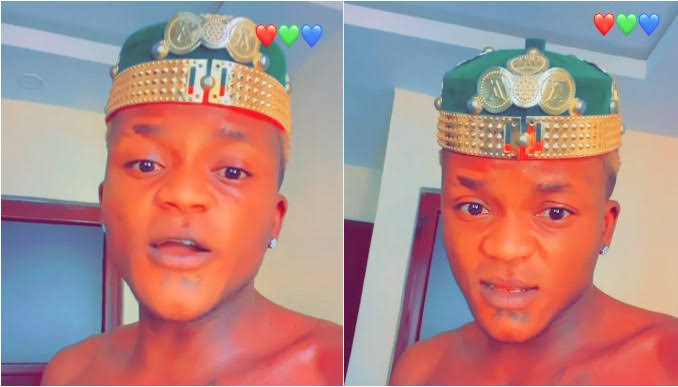 Nigerian street-hop artiste Portable, born Habeeb Okikiola has said that men need to prioritize making money over every other thing.

In a video posted on Instagram story, he said that he believes a man should hustle to become rich before he thinks of falling in love.

Portable stated this while also speaking on his career as a musician. The Zazuu star noted that he makes music for a living and does so with passion because he realises that a man without money is not valued by society.

Speaking further, the popular singer who is currently in Dubai attempted to buttress his point by saying that a poor man has no brother.

In other news; Contrary to popular belief, a young man recounts an unforgettable act of kindness from a Nigerian police officer.

A Twitter user known only as @Uzoanazodo used the platform to praise a cop who went above and beyond to ensure he got home safely after losing his tires.