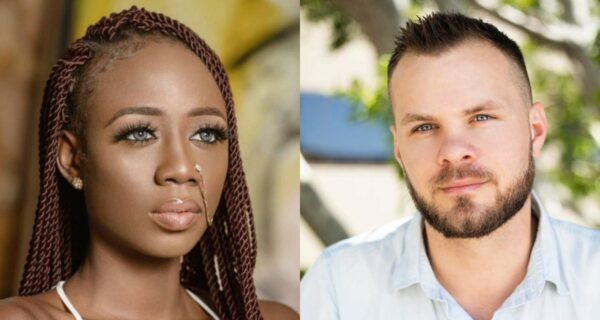 Korra Obidi, a Nigerian singer and dancer, has admitted to cheating on her estranged husband Justin Dean before they married.

Justin Dean, who has accused the singer of being a serial cheater, is believed to be vindicated by her admission.

In a live video session, the mother of two revealed this alongside her sister, Nancy Umeh.

Korra Obidi replies fan who wished for her to get back…

Why Korra Obidi wants to destr0y me – Justin Dean…

Korra denied being a serial cheater and explained that it was a one-time affair, while also alleging that her husband has an 18-year-old mistress.

Narrating her side of the story concerning their marriage woes, Korra opposed being a chronic cheat and explained it was a one time affair, while also alleging that her husband has an 18-year-old mistress.

“Umm before I came to America, it was during the Trump’s tenure, I was very indecisive about moving and I tasted from Pandora’s box; I had an affair. That affair lasted like one date, I feel bad about it but I had not moved to America.

“Up on getting to America, I was very very sad that I had made that mistake with the guy. I told him the truth, I said “hey, I had an affair in Nigeria and I don’t want us to ever have secrets,” Korra Obidi revealed.

Obidi added that Dean did not take the news well and instead subjected her to emotional and physical abuse which eventually led to her losing a pregnancy.

The singer also shared videos of Dean with his alleged 18-year-old mistress all loved up on a trip in Brazil.

“This is proof that Korra Obidi is lying about physical assault”, Justin Dean shares screenshot