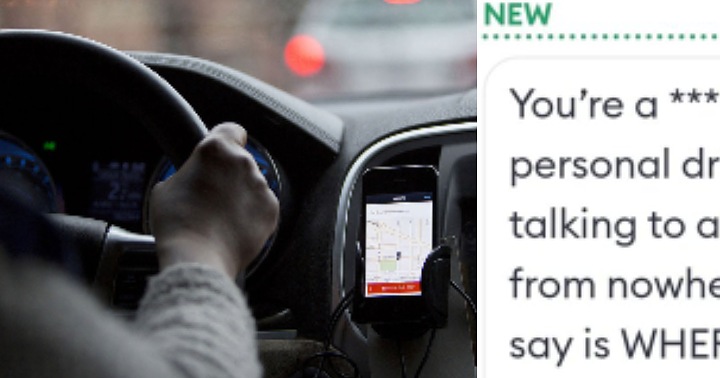 Twitter user, @TeelashDavido has narrated how she ordered a ride from bolt and sent a message to her driver, requesting to know where he was.

The Bolt driver took offense at the question and accused her of not being courteous.

PHCN officials run for their lives while being chased by…

“You’re a ********. Am I your father or personal driver? How do you feel talking to a man you don’t know from nowhere and all you could say is WHERE ARE YOU, Odeh Buruku”.

She posted a screenshot of their chat on Twitter in attempt to capture the attention of the management at Bolt to the drivers behavior.

She captioned the tweet:
“Why so angry? I don’t think I warrant this insult but it is what it is. Angry people here and there.” 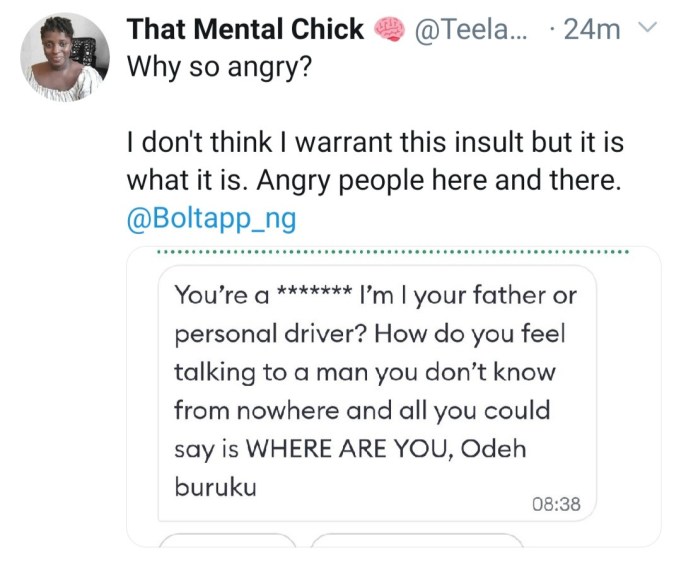