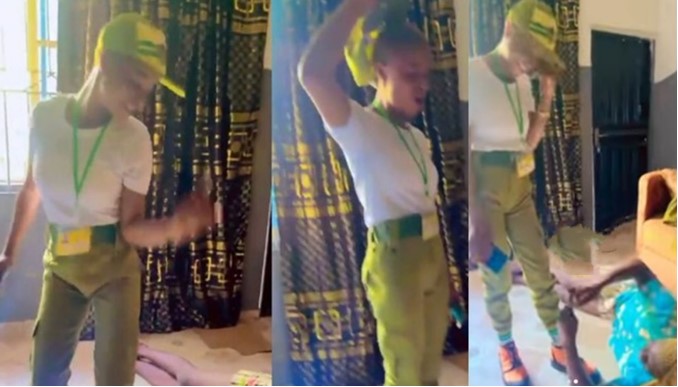 A Nigerian man has issued a subtle warning to his corp member girlfriend not to break his heart or make him regret everything he has done for her.

In a social media video, the girlfriend, who appears to have recently returned from
NYSC orientation camp, was seen wearing her uniform.

She was on the phone while standing over her boyfriend, who was on the floor. He jokingly inquired as to who she was calling, but she laughed it off without saying it.

Lady breaks boyfriend’s heart a week after he took her…

He then warned her not to disappoint him because he had spent millions of dollars sending her to school. She then gave her man the corpers salute, as is customary in camp to do so.

Mercy Aigbe’s new husband, Kazeem reacts after his first wife called out Mercy for snapping photos in her house