Israel DMW reveals how much Davido spends on haircut 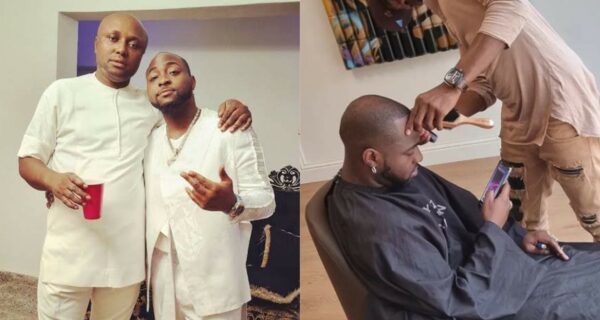 Israel Aferare, better known as Israel DMW, Davido’s logistics manager, has revealed how much the musician spends on a haircut.
Recall how Israel made headlines months ago when he proposed to his girlfriend?

The 32-year-old posted a photo on Instagram of the legendary singer getting a haircut.

His caption revealed that the singer’s haircut costs a whopping 100,000 naira.

He claims that rather than spend such an amount, which he obviously considers to be exorbitant, he would prefer to go without barbing his hair.

“100k per haircut. I better just dey without barbing ooh”

In other news; A lady identified as Weird Xcott has narrated her sad experience with a female beggar who asked her for help on Facebook.

According to her, she met the lady on Facebook, and she begged her for N2k or N3k to sort out some needs

Good Samaritan calls out female beggar who blocked her after she mistakenly sent her N30,000 instead of N3k