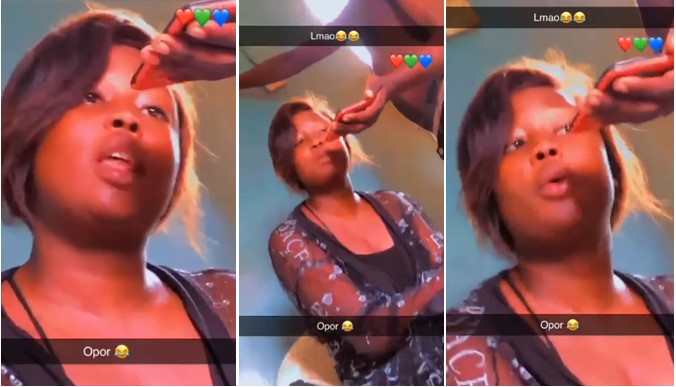 In a video, a Nigerian woman is seen assisting her boyfriend, a suspected Yahoo boy, in scamming a white man.

She was on the phone with the foreign client about his housing issues, and she devised a way for him to send money.

The young lady spoke with such an American accent that she could pass for a white lady if one didn’t know what she looked like.

The yahoo boyfriend was holding the phone close to her while she performed the scam show with a foreign accent in the video.

Everything a yahoo boy needs in a girl dey this one body 😂😂😂😂😂 pic.twitter.com/zWBsQjEjei

In other news; A newlywed wife has reportedly been dumped by her husband due to a lie she told before they married.

She is said to have claimed to be a virgin, but after tying the knot, her husband discovered it was a lie and chased her out, demanding the bride price.