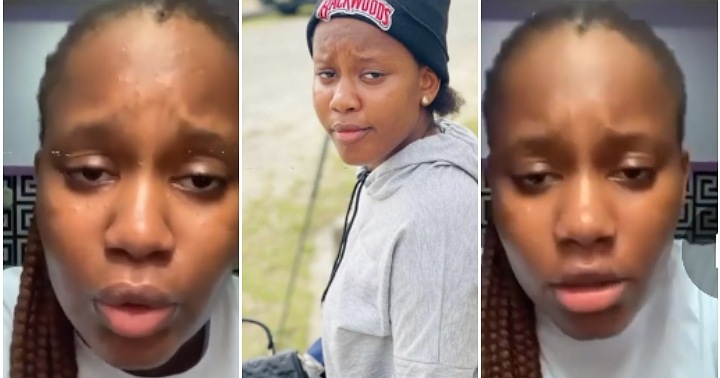 The female student of Akwa Ibom State University AKSU whose leaked tape has been trending for weeks on social media has finally broken silence over the incident.

The girl was involved in a scandal that allegedly got her expelled from the state’s institution while the male individual remains unidentified.

In the video she posted online she apologized to the general public for her own behaviour.

“He dey deceive us with crossdressing” –…

She claimed that the video was recorded a long time ago and feels remorseful for disappointing her friends, family and her institution.

She however cried out for help saying that she is currently going through a lot. She appealed to those bashing her on social media to have mercy on her.