Make Corporal no get side hustle? – Nigerians react to video of policeman in uniform riding delivery bike in Benin 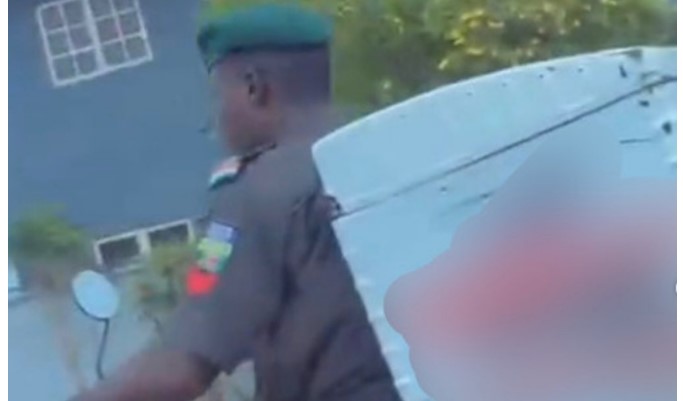 Some young men in a car saw him riding to an unknown destination and decided to record him.

They were astounded to see a police officer allegedly working as a delivery man.

Video: I can’t date a man who has a job – Young lady says

Meanwhile, social media users shared their thoughts, with some saying it was a side hustle and others believing he seized the bike and was taking it to the station.

olu_herodotus; Make Corporal no get side hustle Abi 🙄

callmedamy; Dispatch rider as side hustle 😂

smartogbeide; Perhaps he’s taking it to the station 😂

Filmmaker, Tchidi Chikere shares photo with all his kids from his first and second marriage

Sammie exposes Tega Dominic, drops bombshell on what she did to him and Angel (Video)