Man cries during radio interview because wife sold his car, left him when he fell terribly ill (Video) 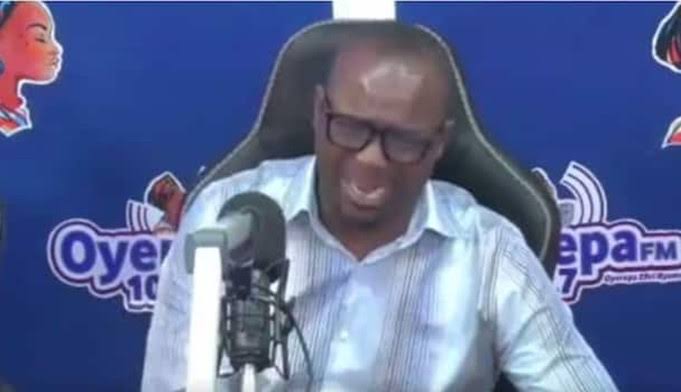 A disabled Ghanaian man has described how his estranged wife treated him unfairly when they were still married.

He became obviously emotional during an interview on Oyerepa FM, where he revealed that his wife abandoned him after he became ill.

According to the bereaved man, he built a house for her but she never lived in it. He also claimed that she returned a mattress and other items given to him by her father.

”When I fell sick, she came to take the bed I was sleeping and took it away . She sent someone to take back the cloth she gifted me after her father died at Sankore the same day she left me,” he recalled.

He further recounted how his ex-wife and stepdaughter chose to buy a bar he owned rather than support him when with money for treatment when he was bedridden.

The man also revealed that as though all she did to him was not enough, she also sold his car.