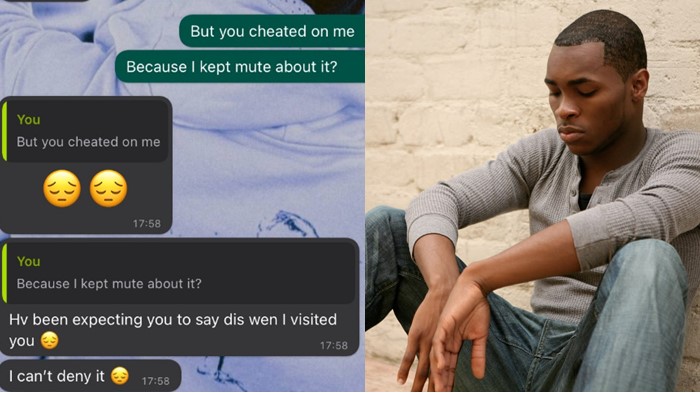 A young man played a prank on his girlfriend that broke his heart because it included a shocking revelation.

Ruddy jokingly accused his girlfriend of cheating on him, expecting her to deny it; instead, she confessed to her infidelity.

He shared a screenshot of their WhatsApp conversation in which she admitted to cheating on him after he accused her, unaware that he was only playing a prank on her.

Lady breaks boyfriend’s heart a week after he took her…

The man stated that he was aware but chose to remain silent; however, she stated that she had expected him to discuss it since the last time she visited him. She went on to accuse him of being the reason she cheated on him.

He shared the chat on Twitter with the caption;

Read the conversation below:

Played a prank on my gf and yes it turned out to be true 😭 💔 pic.twitter.com/5TxyxGsbfy