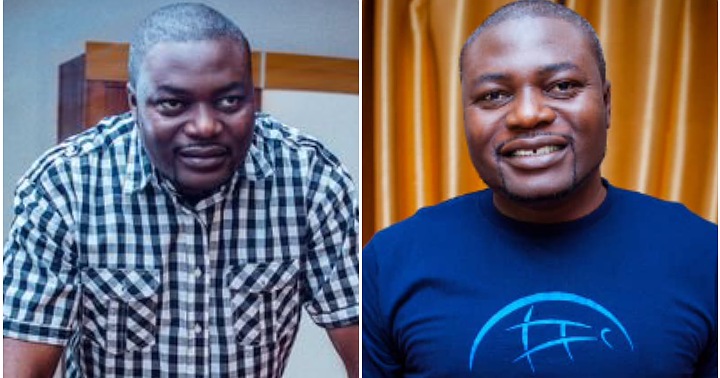 A Nigerian man has narrated his experience with an old neighbor who gave his family spoilt food to eat.

He narrated that his parents went to their neighbor’s house in search of food as they were struggling at the time.

”Nigeria has happened to my family”- Lady mourns…

The woman offered them ‘eba’ and soup but it turned out to be sour. This really upset his father because he thought the woman was being cruel and selfish.

He went away with his wife and sold his only pair of shoes so that they could buy food stuffs to make soup.

He further narrated that the old lady brought this pot of soup to warm in their house because she ran out of coal.

It was there they realized that the woman was not being cruel tho them, that was all she had in her kitchen. His father ordered that their soup be split in half for the old lady.

“A neighbor of mine once gave my mom spoilt eba and Okro soup to eat. This was when we had nothing and were both struggling. My mom had gone to her to ask if she had anything to eat.

The woman told my mom that all she had was eba and soup. She asked if my mom wanted it.

“But you go fit chop my food?”

My mom assured her she can. Of course, she wasn’t expecting spoilt food.

When she brought the eba to the house in a plate and opened it, my dad felt like throwing up. He was very upset.
“How can she do this to us?” He fumed angrily.

My mom tried to calm him down and asked him not to shout so she doesn’t hear. Still angry, he stood up and carried his shoe along.

It was his only church shoe. That day he sold it to a shoemaker at our junction for peanuts. He brought the money and handed it to my mom.

Cook us something better to eat. Do not beg people anymore. If we don’t have, it is better we starve than to beg &be mocked at.” He cautioned.

That evening while she cooked, my mom asked him to bring down the soup, while she ran to buy us candles. Just as she left, a knock sounded on my door.

My dad opened it, it was the woman. The same woman that had brought us the spoilt soup. She carried a pot in her hands and asked my dad if she could warm her soup with our charcoal. My dad agreed.

While she was warming her soup, we kept perceiving this strange smell from her pot. So when she had come to carry her soup, my dad said to her.

“E good. Na the last one be this. I give your wife small this afternoon and na tbis one I wan chop.”

“But the soup don spoil na”

She looked at the pot. “Food the only spoil when you get option. I no get option, e still good. I go chop am like that.”

Mom who was already back inside started weeping as she overheard the woman. That evening my dad collected the pot from the woman and invited her to our house to eat with us. She was very happy.

Before she left, he told my mom to share our pot of soup in two. We gave her half of the soup, while we kept half. Some of us take the good deeds of others for wickedness.

We complain because what they gave to us was not what we expected them to give. But have we stopped to ask if what they gave us was their last? We should look deeper, and be appreciative instead of complaining.”

A neighbor of mine once gave my mom spoilt eba and Okro soup to eat.

This was when we had nothing and were both struggling.

My mom had gone to her to ask if she had anything to eat.

The woman told my mom that all she had was eba and soup.