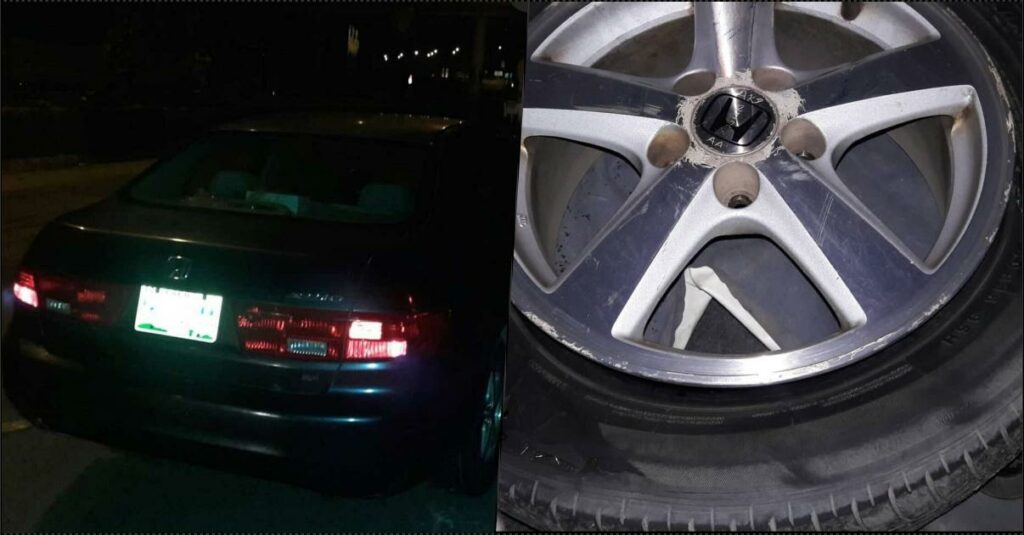 Contrary to popular belief, a young man recounts an unforgettable act of kindness from a Nigerian police officer.

A Twitter user known only as @Uzoanazodo used the platform to praise a cop who went above and beyond to ensure he got home safely after losing his tires.

According to Uzo, his car tyre deflated while driving on a highway at midnight; to his surprise, the police officer on duty on the highway, Collins Iruedo, made sure he got all the help needed.

“I was midway through the Marina overhead bridge when I noticed my tyres wobbling badly. I had a torn tyre. Managed to descend the Apongbon bridge and right there parked was a Police vehicle.

They approached me asking I move the vehicle as it was obstructing traffic flow. 12:30 AM

A policeman approached me again. Offered his apologies and asked if I had a spare. I opened the boot and brought it out. At that point he took over from me.

The entire process of jacking and replacing the tyre. By then it was already 1am.

As he released the jack, the entire weight of the front side deflated the spare tyre. It hadn’t been used once. I now was faced with a torn, and deflated tyre.

Panic started to set in. What do I do?
Who would come to my aid that late at night.

Sensing my mood, the Policeman calmed me down. Said I should wait while he went looking for a vulcaniser.

Ten minutes later he showed up. Turns out there was one who owned a shop right beside where they periodically station their vehicle..he had to go look for him.

Five minutes later, I was set to go. The Policeman reassured me that protection was their primary duty. Not a demand made. I asked for his number and name.

He refused to have his picture taken. Just wished me well.
His name is Collins Iruedo. An officer and a gentleman.

Everyday, I read about rogue officers. It’s easy to get jaded and disparage the entire corps as demons. Not true. There are fine officers in the @PoliceNG. We just need to highlight those ones more often.”