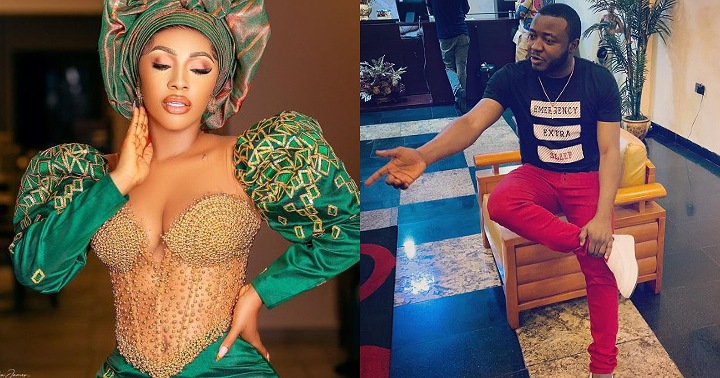 Reality star, Mercy Eke, has reacted after being accused of fighting with singer, MC Galaxy, over money received from a politician.

Recall, it was previously alleged that the BBNaija winner was involved in a fight with the singer.

Mercy was said to have been invited by MC Galaxy to Akwa Ibom for a political event, alongside her co-star, Princess.

The event was the presidential declaration of Godswill Akpabio, a former governor of Akwa Ibom state and current Minister of Niger Delta Affairs.

However, it was alleged that Akpabio ignored Mercy and her colleagues at the event.

MC Galaxy then went to see Akpabio who reportedly gave them a N1million to share among themselves.

This reportedly got Mercy angry and she lambasted MC Galaxy for inviting her to the event when she won’t be adequately paid for her appearance.

PUNCH reached out to the BBNaija star to inquire about the alleged incident on Sunday, May 8, and she said no such thing happened.

“There was no such event, so I don’t know where the rumour is coming from. That is the only thing I want to say on this. Nothing like that happened between me and anybody.”

Mercy further stated that Timi Dakolo was also there (at the event) and they were all happy.

“Timi Dakolo was there and we were all happy. I don’t know who is spreading this false news,” she added.

Man shares experience after lodging with ex girlfriend in a hotel